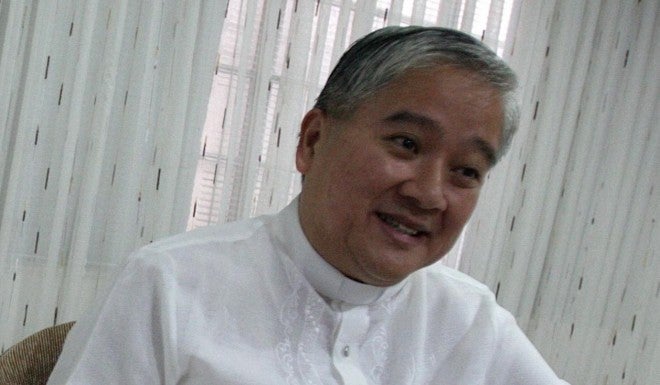 Archbishop Socrates Villegas on Friday urged Filipinos to use their votes to “end political dynasties” and reject “the notoriously corrupt” in next year’s national election.

In a statement marking the early start of the Church’s voters education campaign, the president of the Catholic Bishops Conference of the Philippines (CBCP) also said “a person who aspires for high office but who, because of inexperience, will be totally dependent on advisers is not the best possible candidate for national positions.”

“The exercise of the right of suffrage is not only a political right, it is also a moral obligation,” said the Archbishop of Lingayen-Dagupan, adding that he was starting the voters education campaign so it cannot be said that “the efforts of the Church and other nonpolitical groups to educate voters come too late.”

“While politicians plan and strategize, and, this early, find ways of circumventing the law against premature campaigning, the Church cannot be remiss in its obligation of forming the consciences of Catholic and Christian voters.”

“It is the reason for this letter, this early, so that it may never be again said that we spoke too late,” Villegas said.

His advise to voters:

“Do not vote for family members running for the same positions as family members before them to perpetrate the family’s hold on public office,” he said, adding that the Christian voter should prudently choose others who may have equal if not superior abilities and competencies for the position.

“There is no monopoly on ability for government, and truly no one in government is indispensable,” Villegas stressed.

The statement, however, did not name names. It cautioned voters not to “readily jump on the bandwagon of condemnation in the absence of incontrovertible evidence.”

Villegas lamented that one’s reputation could be easily tarnished by the work of “spin-doctors” in the payroll of one or the other political aspirant.

However, Villegas stressed that the public should be willing to trust those who are “capable of leading and serving with probity, high above suspicion, and with skill, competence and wisdom that comes from abiding faith.

Villegas urged Filipinos to vote for the right reasons and not to sell their votes.