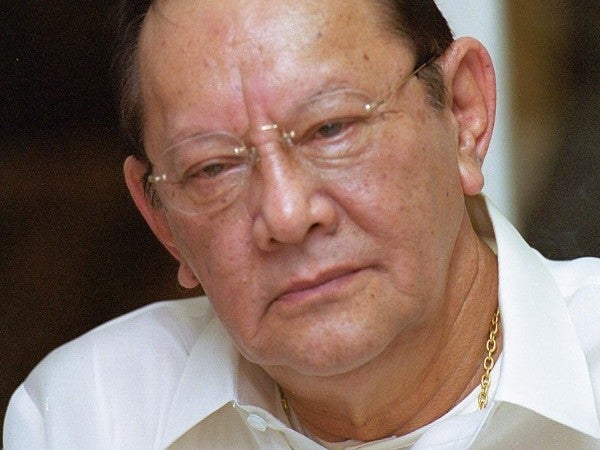 Billionaire bosses of the Nationalist People’s Coalition had a hand in setting a meeting between its members and administration coalition presidential candidate Secretary Manuel “Mar” Roxas II, one of its local members said.

In an interview with reporters on Tuesday, Davao del Sur governor Claude Bautista said that it was NPC founder and chairman emeritus Eduardo “Danding” Conjuangco Jr. and businessman Ramon Ang who urged party members to meet Roxas and hear his plans.

(They instructed us to go here. They said that ‘You go to the headquarters of LP as Secretary Mar would like to talk to you.’ That was the instruction to all members of the NPC in the province and in Congress.)

However, the chief executive of Davao del Sur said that while no marching order was given to party members by Conjuangco and Ang, they will abide by the decision of the party when it chooses its presidential bet.

“As of now, wala pang (there is no) final instruction from boss Danding and boss Ramon Ang so we’re just waiting for the marching order. Since we are just good soldiers in the party, we will just abide with what he told us,” he added.

Cojuangco is the uncle of President Benigno Aquino III, while Ang is the President and COO of San Miguel Corp.

In July, Aquino anointed Roxas as the standard-bearer of the ruling Liberal Party.

“We asked for their permission. They told us that ‘You can talk to them. You meet with other candidates’,” Mendoza said.

He said the breakfast meeting set by Roxas was rushed.

Fourteen NPC members composed of past and incumbent lawmakers and some local officials met with Roxas at the Liberal Party headquarters in Cubao, Quezon City.

During the meeting, Roxas asked NPC members to back his candidacy.

The invitation was extended to the NPC weeks after party leaders said that the party will support the tandem of Senators Grace Poe and Francis “Chiz” Escudero should they vie for the presidency and vice presidency in the next elections.

A member of the NPC said that the party has invited Poe and Escudero in their meeting Tuesday night to discuss their plans for 2016.

Conjuangco founded the NPC for his presidential bid in 1992 when he lost to President Fidel V. Ramos. It was during that time that the party last threw its hat in the presidential ring.

It is currently the second biggest party in Congress after the Liberal Party with House Deputy Speaker Giorgidi Aggabao as its president. IDL