Leni Robredo to run as Roxas running mate if… 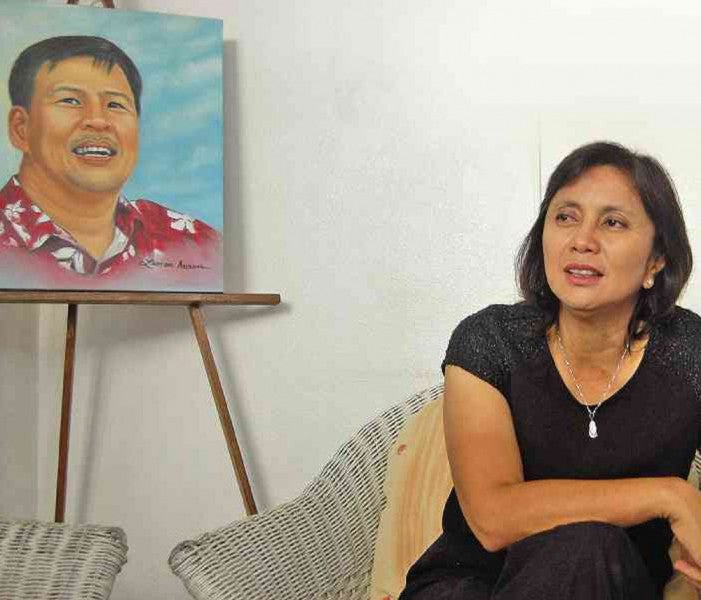 CAMARINES Sur Representative Maria Leonor “Leni” Robredo said she will consider running as the running mate of Interior Secretary Manuel “Mar” Roxas II under the administration coalition if she is the only candidate being considered.

Robredo said that she has not considered running for the second highest position in the country because there are other candidates who are more ready and willing to run as vice president.

(I haven’t thought about running for vice president. Honestly, I do not see the point in time where I will be the sole candidate to be considered. If I’m indispensable, then I might consider. However, there are other candidates who are more able and ready.)

She said that she is humbled and thankful that she is being floated as one of the vice presidential candidates of the administration.

“It is a big thing for me to be considered for the position. I am thankful that other people think highly of me,” the lawmaker said.

Robredo revealed that although President Benigno Aquino III has talked to her about her political plans, she said that they did not discuss about being Roxas’ running mate.

“Tinatanong niya (Aquino) sa akin kung ano ang plano ko, pero ang sinabi ko na opsyon ko ang Senado pero ang paghahanda talaga ay reelection. (He asked me what my plans are for 2016. I told him that I am considering running for the Senate but what we are preparing now is for my reelection),” she said.

She also said running for vice president is a big feat for someone who just marked her second year as a public servant.

Roxas, who was endorsed by Aquino last July 31 as the administration coalition’s presidential candidate, has no running mate yet.