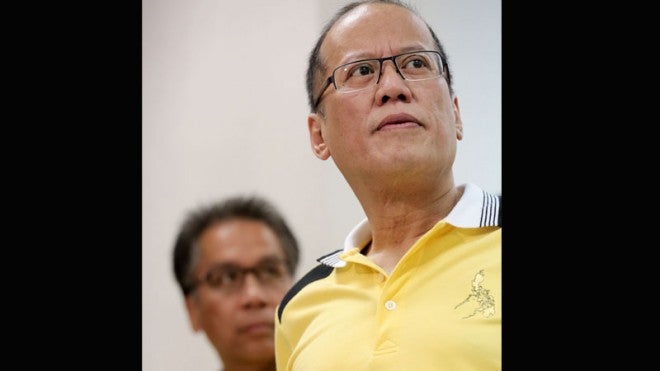 President Benigno Aquino III on Monday said that he would convince presidential bet and Interior Secretary Manuel “Mar” Roxas II to stay a little longer in office to finish projects that need his supervision.

BACKSTORY: ‘I am Mar Roxas, I accept the challenge of my bosses’

“I might prevail on him to stay in the post a little longer to finish a lot of the things that are being done,” Aquino told reporters during the 111th anniversary of the Bureau of Internal Revenue.

The President said issues like the “shoot, scoot and communicate” program of the Philippine National Police (PNP) and the plight of informal settlers needed to be resolved before Roxas stepped down.

“There are many unresolved tasks there which are hinged on the idea that the people should not suffer much longer. I like him to finish a lot of things that can be finished before leaving the post and having the transition period,” Aquino added.

On Monday, Roxas said goodbye to members of the PNP and staff of DILG three days after he was endorsed by Aquino as the presidential bet of the Liberal Party-led coalition for the 2016 elections.

“Mga kasama, gagamitin ko ang pagkakataon itong upang magpaalam na muna sa inyong lahat. Dapat ko munang ipaubaya ang pamumuno sa iba,” (My friends, allow me to say goodbye to all of you, for now. I have to let others lead you in the meantime) Roxas said before hundreds of lawmen who attended the weekly flag-raising ceremony in Camp Crame.

For his part, Aquino said that he already had a shortlist of Roxas’ possible successor as Interior secretary.