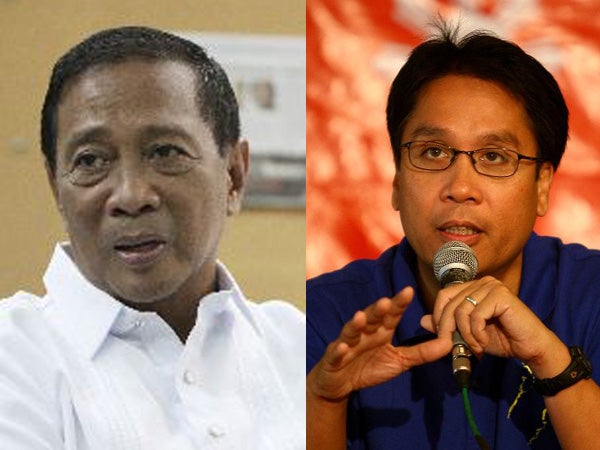 After President Benigno Aquino III formally endorsed Interior Secretary Manuel “Mar” Roxas II as the standard-bearer of the ruling Liberal Party (LP), the camp of Vice President Jejomar Binay on Friday said the Interior secretary is a “study in incompetence” who failed in his duties in the government.

Binay spokesperson Atty. Rico Quicho said Aquino’s anointment of Roxas as his chosen successor in 2016 was “nothing but expected and anti-climactic.”

“No amount of praise can change the fact that Sec. Roxas desperately failed in his roles in the present administration,” Quicho said in a statement.

“Truth be told, Sec. Roxas simply did not get things done to uplift the lives of our people. Worse, he is petty and vindictive.”

“Lest we forget, Sec. Roxas told City Mayor Alfred Romualdez that because of his surname, P-Noy as an Aquino would never help him,” he said. “Two years from that tragedy… this same man, who is a study in incompetence and lack of sensitivity for the plight of the downtrodden, is being hailed as the yellow hero to succeed to the throne of the mighty Aquino.”

Quicho also contradicted the president’s praises to Roxas during his last State of the Nation Address, calling Aquino’s statement that “Mar gets things done” a lie.

“If Mar is truly a doer, how come he kept quiet when he found out for the first time from General Napeñas that the SAF and PNP Intelligence were reporting directly to the suspended PNP chief Purisima and PNoy, with him kept in the dark? Why did he not raise hell then and used everything in his power to right the wrong?” he said.

Criticizing Roxas for “fashioning himself as the only candidate that the people can trust to continue the ‘daang matuwid,’” Quicho said the administration’s promise of a straight path will not be achieved “where incompetence is the norm.”

“Based on the five years of this administration it seems that “daang matuwid” refers to the yellow brick road accessible only to the privileged few who managed to climb their way to PNoy and the Liberal Party’s good graces.

It has nothing to do with the real and everyday lives of the Filipinos,” he said.   Urging voters to veer away from politics that “breed apathy, vindictiveness, and division,” Quicho added that the country needs leaders with “solid track record” and “unparalleled accomplishment.”

“The coming election would reflect the kind of leadership our people deserve. Should we continue with the “palpak at manhid” governance that distinctly marked the kind of governance of the present administration? Or, we demand more from our government in terms of public service, leadership and proper governance,” he said. IDL

Read Next
CA gives Krisel Mallari’s school 24 hours to explain defiance
EDITORS' PICK
UK’s Boris Johnson will resign, BBC reports
Unemployment rate up to 6% in May
Geek out at TOYCON 2022 powered by Smart Signature
High inflation: Your P1 is now worth only 87 centavos
High-risk pregnancy: Reducing your risk is in your hands
House energy committee chair Arroyo bats for cheap electricity
MOST READ
Suspect in grisly killing of missing woman in Bulacan arrested
Kim Atienza’s daughter flaunts bikini body in response to critics of her ‘revealing photos’
Number of active COVID-19 cases in PH breaches 11,000
Ex-Defense chief Lorenzana is the new BCDA chair
Don't miss out on the latest news and information.