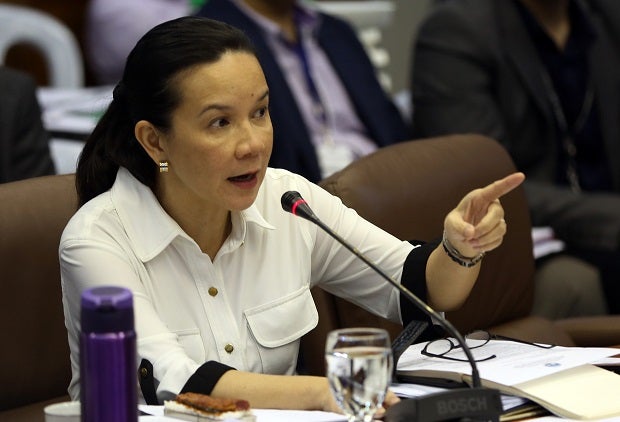 Senator Grace Poe said the administration’s straight path should not be exclusive to only a few.

Speaking at the 3rd DBP Good Governance Forum in Makati City on Thursday, Poe made it clear twice that the straight path should not be taken only by a few, but by many  people.

“Alam niyo po, hindi po porket salungat ang aming pananaw sa ibang mga bagay ay hindi na tayo magka-alyado sa ating mga layunin. Ang sabi nga nila, you can be a principled ally of this administration, and it is more valuable because it underscores the real importance of our loyalty to the people,”  she said.

(You know, just because we have different opinions on some things does not mean that we do not share a common goal. As they say, you can be a principled ally of this administration, and it is more valuable because it underscores the real importance of our loyalty to the people.)

The end goal, she said, is to provide all citizens “with a community where they can live in dignity, exercise their rights freely, and share in the gains of our economic success.”

During the same forum, Poe also talked about the unabated corruption in the country, which she said was a “chief deterrent to progress and a stumbling block to inclusive growth.”

Fighting corruption was President Benigno Aquino III’s battle-cry when he assumed office in 2010.

“The elimination of corruption has been a fervently declared policy of our country for some time now. Yet, we continue to struggle against a pervasive culture of corruption,” Poe said.

The senator, though, recognized the Ombudsman’s gains in fighting corruption for the past five years, such as the prosecution of former President and now Pampanga Representative Gloria Macapagal-Arroyo, the impeachment of former Chief Justice Renato Corona, the filing of plunder and other  against Janet Napoles and three senators —Juan Ponce Enrile, Jose “Jinggoy” Estrada, and  Ramon “Bong” Revilla Jr.– who were allegedly involved in the pork barrel scam.

Poe also took note of the corruption and money laundering charges filed at the Office of the Ombudsman against Vice President Jejomar Binay in connection with the alleged overpricing of the Makati City Hall Building II.

“I was one of the signatories to the Senate committee report that found grounds for the charges,” she said, referring to the Senate blue ribbon subcommittee that investigated the issue against Binay.

“In the Senate, what we do is investigate for oversight kasi po sa Senado at sa Kongreso dumadaan ang budget. So hindi lang po kami nagbabalangkas ng batas; we don’t just legislate, we have to do our oversight function, meaning we have to be able to investigate if the money that is allocated to these different departments are actually spent wisely and properly.”

“That’s why when they say pulitika lang ‘yan, well maybe to an extent certain rhetorics or maybe grandstanding by some, but essentially it is a function that needs to be done by the Senate. Hindi po kami pwede magpakulong sa kanila; rekomendasyon lang po ang pwede namin ibigay sa Ombudsman,” she further explained.