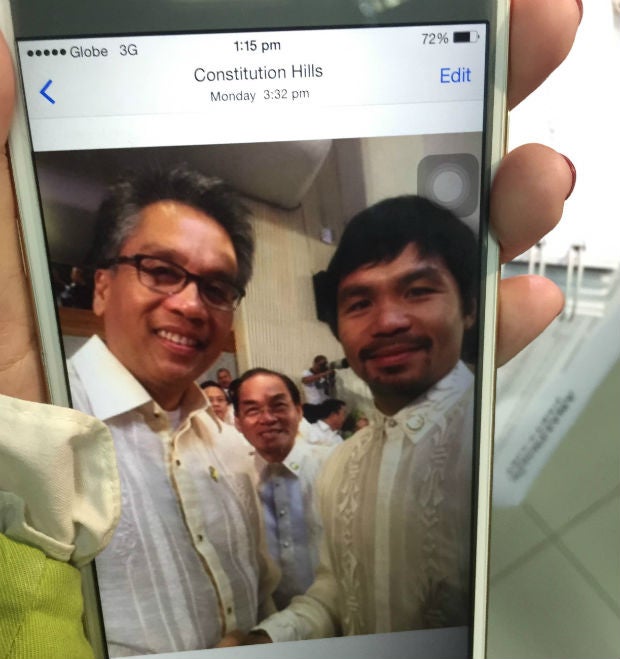 In an interview, Yacap Rep. Carol Jayne Lopez said Pacquiao, eyed as senatorial bet of the United Nationalist Alliance (UNA), is open to switching to the Liberal Party.

Pacquiao is being eyed to run as senator under Vice President Jejomar Binay in 2016.

Lopez said she and Pacquiao have been talking to support Roxas’ bid for presidency in 2016.

Lopez said she did not directly ask Pacquiao to leave UNA but only if he would be interested to support Roxas whether as a senator bet or as a local official.

She said Pacquiao is planning to run for local office or for reelection.

To prove a renowned friendship between the two, Lopez showed reporters a photo of Roxas and Pacquiao during President Benigno Aquino III’s last State of the Nation Address where Roxas received heaps of praise from the president.