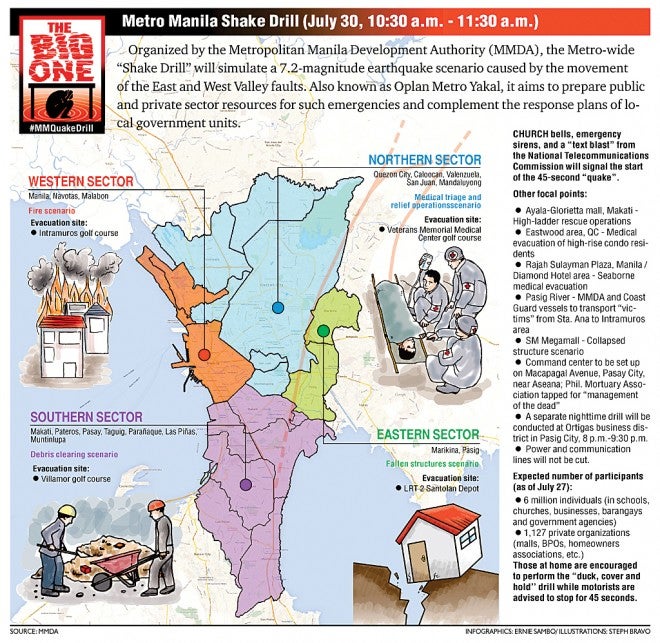 Two days before the Metro Manila Shake Drill, the 17 local government units in the metropolis received tablets and computers to help them monitor the earthquake-simulation and disaster-response exercises to be held in their areas.

The gadgets—three tablets, two CPUs and four computer monitors —were distributed to the Metro mayors during the final briefing on Tuesday held by the Metropolitan Manila Development Authority (MMDA) on the July 30 quake drill.

The devices were provided for free by Pureforce, a private security and rescue services provider and one of the MMDA’s partners for the event.

MMDA Chair Francis Tolentino said the LGUs would be able to use the gadgets for faster monitoring of “emergency situations” during the exercise to help them respond faster.

The LGUs also get to keep the devices afterward so that these can be used in times of emergencies or disasters.

Tolentino said everything was set for the Metro-wide earthquake simulation to be held between 10:30 a.m. and 11:30 a.m. “The only thing we need to do is execute this,” he stressed.

Instead of a small drill on Ayala Avenue, the whole Central Business District in Makati City will now participate in the exercise, he added.

Acting Makati Mayor Romulo Peña said the scenario in his city would involve a “high-angle scene” and rescue rappelling in coordination with officials of Barangay San Lorenzo. 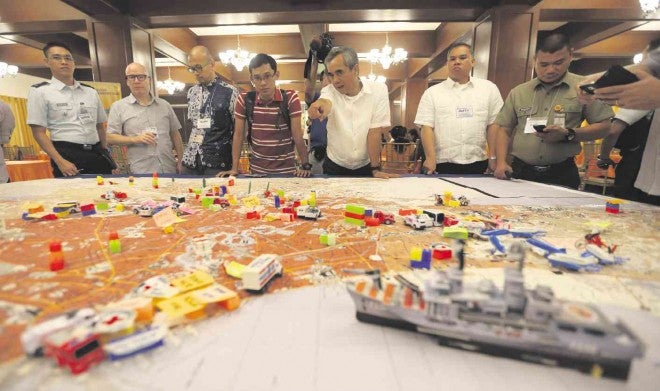 “We just upgraded our plan and now the full Central Business District will cooperate, including the high-rise buildings,” he said.

Traffic advisory signs have been posted on Ayala Avenue, informing motorists that the CBD’s outermost lane would be closed for the duration of the drill. Motorists may use alternative routes.

The Metro Manila Shake Drill calls for the simulation of different emergency scenarios in the aftermath of a powerful quake to develop “a culture of preparedness” among residents. It will be conducted simultaneously in various parts of Metro Manila. A separate nighttime drill will be held at the Ortigas Business District in Pasig City on the same day, from 8 to 9:30 p.m. Maricar B. Brizuela