Alan Cayetano: Charges to scare is the defense of the corrupt | Inquirer News
Close
menu
search

Alan Cayetano: Charges to scare is the defense of the corrupt 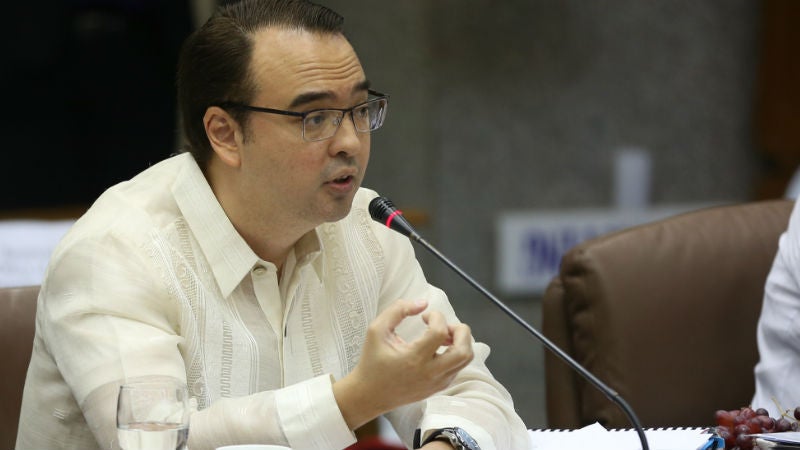 Sen. Alan Peter Cayetano on Tuesday dismissed a P200-million damage suit against him as a move by Vice President Jejomar Binay to evade corruption allegations.

“Charges to scare is the defense of the corrupt,” the Senate majority leader said in a statement.

“This is just a tactic to divert the issue of corruption in government and a way to intimidate government officials and media from further revealing the truth,” Cayetano said.

The Vice President said the 13 allegedly conspired to malign him in an effort to derail his bid for the presidency in next year’s elections.

A civil case for damages, unlike criminal libel, requires only a preponderance of evidence.

Cayetano said the damage suit could be an opportunity to reiterate the findings of the Senate blue ribbon subcommittee which had been conducting an inquiry into corruption allegations against the Vice President and his family.

The senator said he remained firm that, based on the testimonies and documents that came out of the hearings, the Vice President stole from the people of Makati while he was the city’s mayor.

“We have investigated this fairly—heard allegations, examined evidence carefully and gave (Binay) every opportunity to present his counterevidence. We are more than prepared to face this case and prove our findings,” he said.

Cayetano called on Binay to answer the evidence and testimony presented against him instead of “hiding and bullying his accusers” by filing the damage suit.

Binay, members of his family, and his aides are facing a string of corruption allegations, one of which is the allegedly overpriced Makati City Hall Building II and the Makati City Science High School building. They have denied wrongdoing.

The Court of Appeals has issued a freeze order on 242 bank accounts and securities purportedly owned by Binay, members of his family, and associates, which the Anti-Money Laundering Council suspected were acquired illegally.

A Binay lawyer, Rico Quicho, on Tuesday brushed aside Trillanes’ suggestion that the Vice President was panicking when he filed the damage suit, describing it as a “legitimate redress of grievance” and adding that the “rule of law is nonnegotiable.”

“For the past 11 months, the Vice President has received the unkindest of accusations bereft of any merit that are deeply rooted in a concerted effort to discredit and humiliate him,” he said.

Quicho said the suit was meant to stop Trillanes from “bullying” and showing “clear arrogance of power.”

“Trillanes has, time and again, slandered private individuals, sitting justices and legitimate entities without any proof. This must be stopped and it is time to bring back decency and responsibility to Senator Trillanes’ vocabulary,” he said.

“The Vice President has exhibited political maturity even with the barrage of irresponsible attacks. He has chosen to face his accusers squarely in a court of law, and is not hiding behind parliamentary immunity like Senator Trillanes or the Witness Protection Program like the other accusers,” Quicho said.