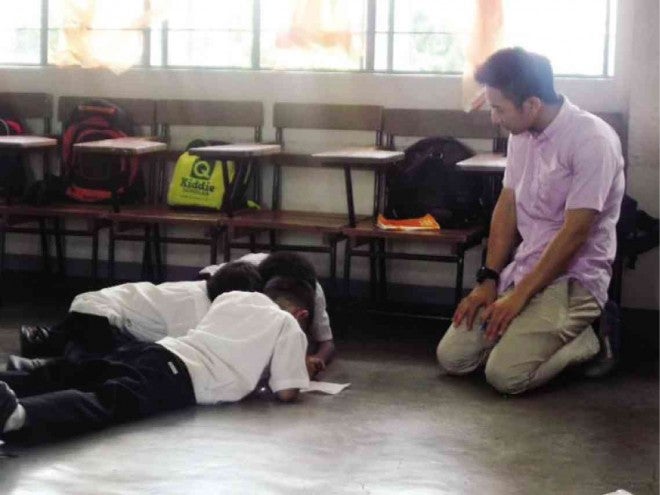 ZABALA with students of Nangka Elementary School in Marikina City

TEACH For All (TFA) concluded recently the Philippine leg of the two-year fellowship program Learning Differences, which aims to foster teacher-student relationships to make learning more comfortable and inclusive.

The program encourages students to let their teachers know what learning methods best suit them to maximize the educators’ efforts to teach and train.

Funded by the Switzerland-based Oak Foundation, the fellowship sent 15 TFA teacher-coaches, including three Filipinos, on learning trips that began in Nepal last year.

Nepales, 26, TFA manager for learning and development, previously worked with Likhaan, a nongovernment organization in the Philippines promoting reproductive health education for her internship. 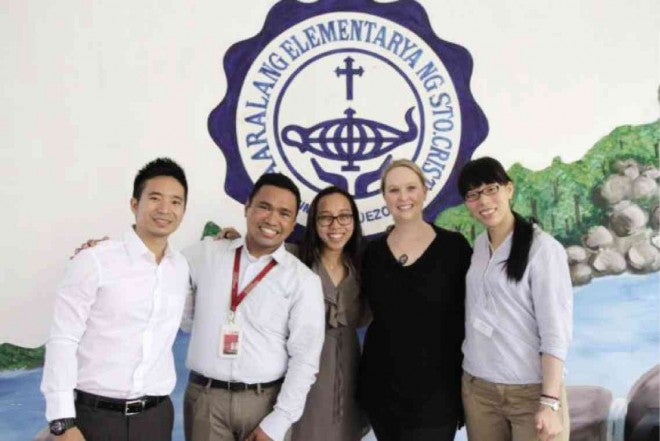 ZABALA, Ramos and Nepales, with Whitney Munroe and Mijia Qiu, the other delegates of the East Asia Pacific team of the Learning Differences Fellowship Photo courtesy of TFA’s Jeff Levick

“[The experience] showed me how important it was to have a critical and informed community. It made me think a lot about the power of education. All the time we were working in the communities … on women’s health, educating people about their bodies, I was thinking about the opportunity in the classroom to build up critical-thinking skills so students can make their own decisions,” said Nepales, who majored in Public Health at the University of California, Berkeley, and now handles 31 teachers from 20 schools in Los Angeles, California.

Fellow Fil-Am and teacher-coach Vince Zabala, 31, who grew up in Carson City, California, obtained his master’s degree in Education from the University of Hawaii. He initially took up Business Sociology but felt a strong pull toward a teaching career.

“I never thought of teaching. My mom’s a nurse and my dad didn’t finish college. But they always sort of instilled in me the importance of education,” said Zabala via an online voice call.

“Like Bianca, I feel like I’ve come full circle because four years ago, when I was still in California and still teaching, I actually wanted to come to the Philippines and immerse myself in the culture and learn more about its history and deepen my roots,” said Zabala, a senior coach and leadership training officer for Teach for Malaysia. 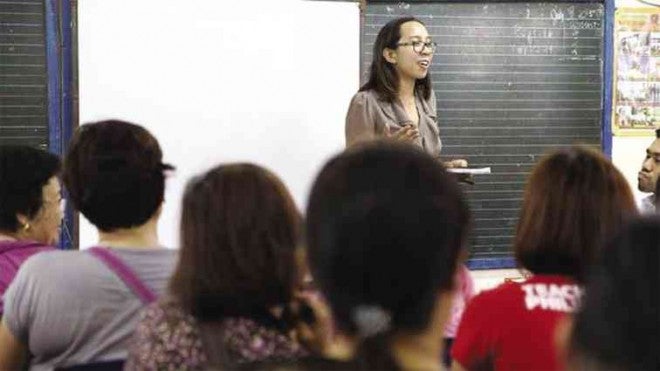 Unlike Nepales and Zabala, who became his friends during the program, Michael Ramos of Teach For the Philippines (TFP) did not have the encouragement of his family for his chosen career. Ramos’ parents were not very enthusiastic when he left the corporate world for education.

An Ateneo de Manila University student from elementary school to college, Ramos was expected to pursue a more lucrative profession. But he believed he would grow more and be a better person joining the global TFA network.

Now good friends, the three hold monthly online video conferences to update each other on the latest developments in their respective posts.

The strong bond formed by the three educators from varying backgrounds exemplifies the foremost goal of Learning Differences to cater to all types of individuals in schools most in need.

Halfway through this fellowship, Ramos’ resolve to embrace the diversity of all students, an integral part of the program, was challenged.

In his blog post for Teach For America’s website, Ramos said Shylynne, a partner teacher from a local school, sought his help for 12-year-old Ricky (not his real name) who had a reputation as a “difficult” student. Ricky often ignored his teachers, had tantrums in class and bullied his classmates.

The two teachers worked together to highlight Ricky’s good qualities while looking into the student’s problem.

“Instead of reacting to his wrongdoing, Shylynne highlighted his good deeds through stronger positive reinforcement. She discovered that Ricky liked plants so, to redirect Ricky’s tantrums and bullying, she assigned him to care for the mini class garden,” Ramos wrote. 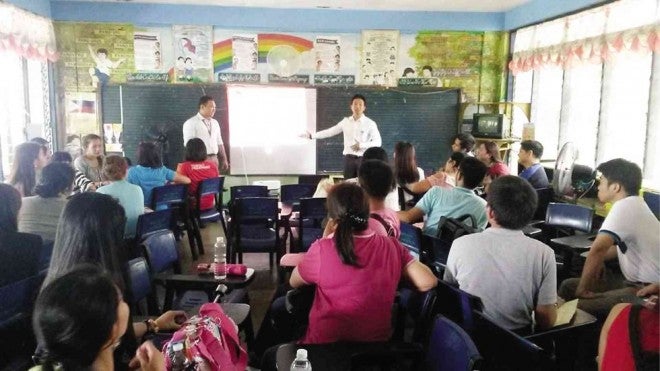 The effect was remarkable. Ricky became invested in his “job” and more motivated in class. He was praised by his teacher and earned the respect of his classmates and peers for making the plants thrive. Shylynne also got the support of Ricky’s mother for this new approach.

Ricky blossomed after his teacher took the time to understand his needs and adjust her teaching to meet them.

For Ramos, the story showed why it was critical for all educators to understand neurodiversity and “teach to the edges.”

“All students can achieve if we believe in them and work with them,” Ramos said.