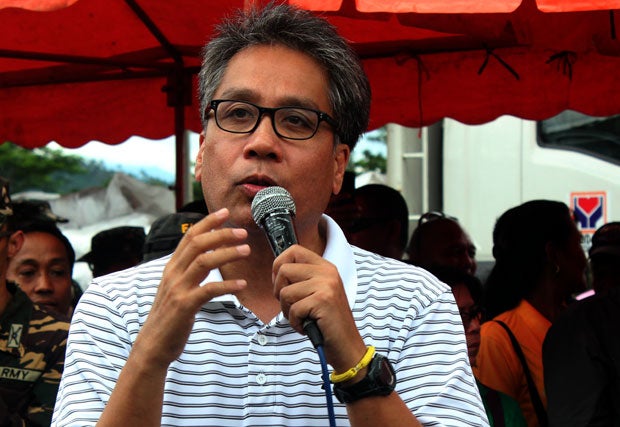 Alumni of the Philippine National Police Academy have slammed Interior secretary Mar Roxas for allegedly not acting on their appeal to correct the disparity in the promotion and placement of officials.

The Philippine National Police Academy Alumni Association, Inc. said their appeal for a more fair playing field for graduates of the PNPA and the Philippine Military Academy fell on deaf ears.

This was despite directives issued twice by President Aquino himself to correct the situation – early this year during the PNPA graduation, and last week’s change of command ceremony of the PNP.

“Our appeal had virtually fallen on deaf ears as the interior secretary apparently adopted a ‘deadma’ attitude on our plight,” said PNPAAAI chairperson Tomas Rentoy III in a statement.

The PNPAAAI has 8,000 members, all alumni of the PNPA. Graduates of the PNPA become commissioned officers mostly in the PNP, the Bureau of Fire Protection and the Bureau of Jail Management and Penology.

It is an open secret in the PNP that PMA graduates are favored when it comes to promotions and assignments over their PNPA counterparts.

The key positions in the PNP for example, are held by PMA graduates – from PNP Dir. Gen. Ricardo Marquez, to Dep. Dir. Gen. Danilo Constantino, the chief of the directorial staff.

As he assumed leadership of the PNP, Marquez promised to address the issue by ensuring that meritocracy alone would be the basis for assignments and promotions. He even referred his rise to the post of PNP chief as a “triumph of meritocracy.”

Rentoy said they met with Roxas and National Police Commission officials led by vice chairperson Eduardo Escueta to discuss their appeal for fairness in assignments and promotions within the PNP.

The meeting was held on April 24, 2014, in the hopes of finding and crafting solutions to level the playing field for PNP officials who were not from the PMA.

Rentoy said during the meeting, Roxas directed Escueta to draft policy recommendations to address the issue of promotions and assignments of PNP officials, and that then Dep. Dir. Gen. Felipe Rojas was ordered to study and find solutions to it.

“But since then, we have not heard of any action taken by the Department of the Interior and Local Government, the Napolcom or the PNP to resolve it,” he said.

The PNPA alumni added that even the President had noticed that key positions within the PNP had been held by PMA graduates – from the chief, to the command group, administrative and operational support units, as well as police regional offices.

“He (Aquino) reportedly asked the officers present to correct the huge disparity but it appears nothing has happened since then,” Rentoy lamented.

The PNPAAAI chairperson stressed that there remained an undeniable disparity between PMA and PNPA graduates in the PNP, indicating a culture of favoritism for the PMA graduates.

“Graduates of the PNPA have long been trying to break the culture of what the President said was ‘separate tribes within the PNP,’ only to be frustrated time and again,” he said.

He added that some PNPA alumni have commented that non-PMA graduates like themselves “have virtually become ‘second-class’ citizens in their own backyard.”

“The PNPAAAI and its alumni had been advocating and striving to achieve precisely what the President propounded in the last PNPA graduation rites. But the issues and concerns we have raised in the past to the present remained unattended to,” Rentoy said.