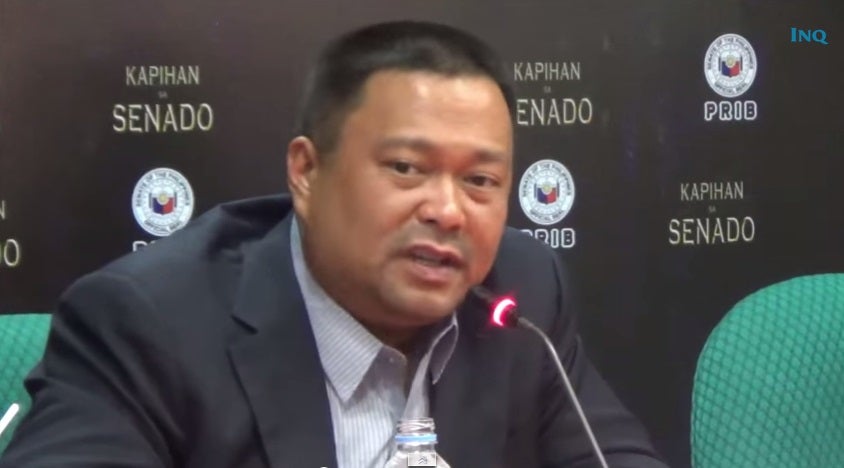 Senators Grace Poe and Francis Escudero have a partnership forged in adversity during the 2004 presidential campaign of Poe’s adoptive father, the late movie star Fernando Poe Jr., according to Sen. JV Ejercito.

Ejercito, whose own family has close ties with Poe, described the two as “very close” with a “deep” relationship that would not be easy to cast aside.

A Poe-Escudero tandem is therefore no flimsy team-up, he said.

“They have been through a lot together. We were all together in 2004 when FPJ ran, so I know how deep friendships and relationships have been established since that was a battle or a struggle against the powerful and notorious regime of (President Gloria Macapagal-Arroyo),” Ejercito said in a text message.

This shared experience cemented their bond, he said.

“When you go through a struggle, relationships deepen,” he said.

The ruling Liberal Party (LP) has been trying to recruit Poe into the administration’s 2016 ticket, as the vice-presidential running mate of Interior Secretary Mar Roxas, its presumptive standard-bearer.

However, despite several lengthy meetings that President Aquino had with Poe to discuss the 2016 polls, the senator has apparently remained unconvinced.

Just days after meeting with the President, Poe and Escudero are expected to appear together at the T’nalak Festival in Koronadal, South Cotabato on Saturday.

Their joint appearance at the event comes soon after it was disclosed that the President’s earlier suggestion that Poe go around the country with Roxas had fizzled out. Poe had wanted to include Escudero in any such trip.

Poe herself has said that she was “comfortable” teaming up with Escudero, who has promised to support Poe in whatever decision she would make about her political future.

Escudero was the spokesperson of FPJ when he unsuccessfully ran for President in 2004. During the campaign, the elder Poe was besieged by questions about his citizenship and qualifications to run the country.

He lost to Arroyo, amid allegations of electoral fraud.

Roxas ran under Arroyo’s senatorial slate in the 2004 elections, where he took the No. 1 spot.

When the LP came into power with the surging popularity of Mr. Aquino in 2010, some members of Arroyo’s party jumped to the LP.

Poe and Escudero are expected to meet again with Mr. Aquino, who recently said he was closer to deciding who to anoint as his preferred successor.

Roxas is the only one from the LP aspiring for the presidential nomination.

Better without a party

As for the LP’s wish to see Poe run with Roxas, Ejercito said that he’d rather that Poe not team up with any political party so that she would be free from “traditional politics.”

“She could pursue reforms better without a party,” he said.

Ejercito earlier indicated that he would support Poe should she decide to run in 2016.

Poe and Escudero have consistently said that they wish to remain independent and would not be joining a political party.

Poe has been leading voter preference surveys for both the presidency and the vice presidency, making her much-sought-after by the political parties in search of an electable presidential candidate.

Escudero is running second to Poe in surveys for the vice presidency.

Roxas has placed third and fourth in recent surveys. Though his numbers are rising, he has far to go to overtake Poe.