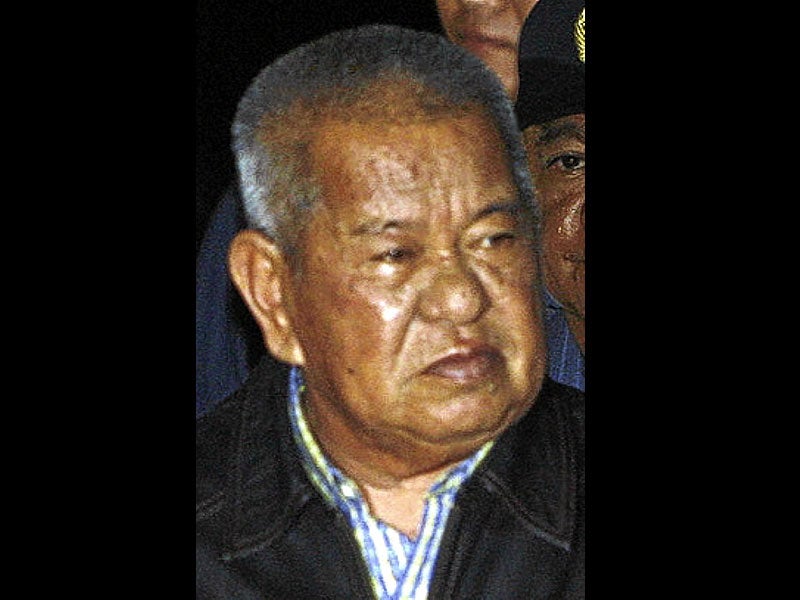 “It is with deep sadness that I announce to the public that former Maguindanao Governor Andal Ampatuan Sr. has passed away a few minutes ago,” Topacio said.

“Details of his death are still sketchy. What is confirmed is that his mortal remains will be treated in accordance with Islamic customs,” he added.

“The family requests the media and the public in general for privacy and respect in this time of bereavement.”

Andal Sr. has been in the National Kidney and Transplant Institute, a government hospital in Quezon City, since June 5 because of liver cancer and was transferred to the intensive care unit on Monday.

Andal Sr. was one of the primary suspects in the 2009 Maguindanao massacre, which caused the death of 58 civilians.

During the terms of his elders in local politics, Andal Sr. had either been a policeman, a councilor or in the municipal payroll as “confidential aide” to local executives of Maganoy (now Shariff Aguak) town.

Ampatuan Sr. was a councilor in February 1986 when the Edsa People Power overthrew Marcos.

Eyeing for the top local post, Ampatuan Sr. allied with the more politically well-known Matalam and Pendatun families in a bid to penetrate then Interior Secretary Aquilino Pimentel Jr., who signed appointments of officers in-charge (OIC) appointments for local posts.

Appointed mayor in 1986, Ampatuan Sr. became undefeated in three consecutive local elections—1988, 1992 and 1995. In 1998, he trained his eyes on the gubernatorial post, but the Lakas-NUCD favored then incumbent Maguindanao Governor Zacaria Candao.

Ampatuan then pitted and supported another local politician in a one-on-one fight against Candao in the 1998 elections. The “close fight” then between Maguindanao Vice-Governor Midpantao Midtimbang and Candao, enabled former Mayor Ampatuan to “politically gauge his chances of winning against Candao” the 2001 gubernatorial election—which he did.

In the 2004 presidential race, he threw his full support to Gloria Macapagal-Arroyo, who dominated the polls in most of Maguindanao.

It started his close alliance with Arroyo, especially so that he managed to deliver a win for the latter despite actor Fernando Poe Jr.’s popularity among Maguindanaons.

In the 2007 midterm elections, Ampatuan Sr. again proved he was a political figure to contend with when he delivered a 12-0 win for the Arroyo government’s Team Unity senatorial slate. With a report from Nash Maulana, Inquirer Mindanao/TVJ