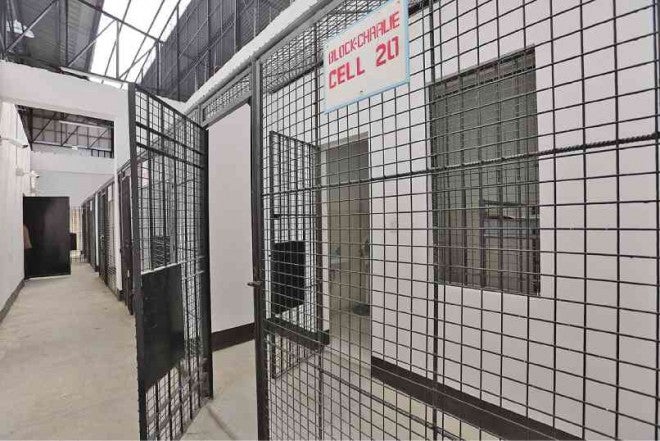 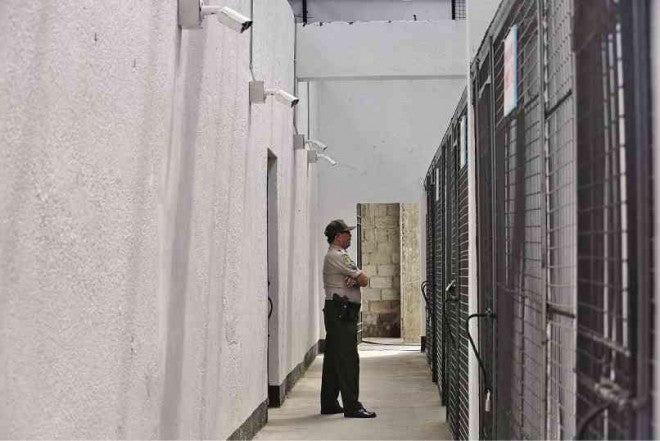 In an earlier, less forgiving time, it was where death row convicts breathed their last after absorbing a lethal voltage.

But today, the next occupants of Building 14—which once housed the electric chair at the national penitentiary—can take comfort in the knowledge that the government has spent more than P10 million to renovate and repurpose the one-story structure just to make them more “secure.”

Officials led by Justice Secretary Leila De Lima reopened the building inside New Bilibid Prison (NBP) on Wednesday, reserving it for high-risk inmates notorious for smuggling in contraband, especially mobile phones, that enable them to continue their illegal activities even from behind bars.

Topping the list are the convicts who were temporarily held at the National Bureau of Investigation headquarters after NBI raids in December exposed their well-furnished quarters inside the NBP.

The Inquirer earlier reported that the 18 convicts, mostly drug lords, would be returned to Bilibid anytime starting today. (A 19th convict died of colon cancer while in NBI custody in May.)

Now officially called the NBP Security Housing Unit, Building 14 contains 29 cells. Based on what was shown to reporters, each cell has a double-deck bed, toilet bowl and sink, a stand fan, and two power outlets.

“Under UN standards, it’s 4 square meters per person. So there would be two people per cell,” said Msgr. Roberto Olaguer, the NBP chaplain.

Installed in front of each cell are closed-circuit television cameras.

According to De Lima, she and Bureau of Corrections (BuCor) chief Ricardo Rainier Cruz III were finalizing the list of inmates to be held in Building 14. “The whole objective is for them to be disabled completely from continuing with their illegal acts,” she said.

Olaguer shared some of the house rules: Absolutely no cash or communication devices allowed. The building is also off-limits to children below 10 years old. If the inmates are to receive food from visiting family members, everything should be in transparent plastic containers.

And mind the soup: Only “clear soup” may be brought in, he added.

According to Cruz, Building 14 used to house Bilibid’s execution chamber, where 84 inmates were put to death in the electric chair. The country’s last execution using this method was carried out on Oct. 21, 1976.

The building burned down in July 1986 due to “faulty electrical wiring.” Ten years later, it was renovated under then BuCor chief Vicente Vinarao and reused as a “preventive disciplinary” unit consisting of 10 rooms. Up to 25 inmates spent time there when it was serving that purpose, Cruz said.

An extension building was constructed later. Beside it, a new execution chamber was used when the country adopted lethal injection as mode of capital punishment.

With the abolition of the death penalty in 2006, that chamber became part of the NBP Museum.