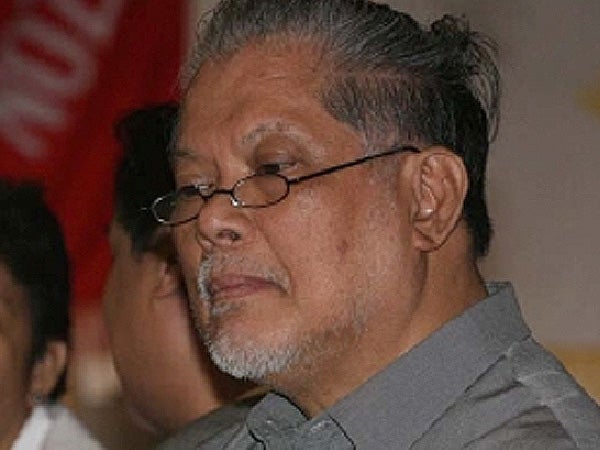 Human rights lawyer and former senator Rene Saguisag filed an ethics complaint against two congressmen who filed treason and sedition charges against the members of the peace panels involved in the Bangsamoro peace process.

The two solons filed the complaint against the peace process officials for inking a peace deal that paved the way for the crafting of the Bangsamoro basic law (BBL) bill. The BBL seeks to create a more politically autonomous Bangsamoro region.

The complaint was lodged before Senior Deputy City Prosecutor Eufrosino Sulla at the Manila City Hall in May. Atienza is a former mayor of Manila.

In his letter to Belmonte, Saguisag said the two congressmen’s actions “[seem] to call for action by your ethics panel or its functional equivalent, even an ad hoc one, to avoid a repetition of the mischief.”

“The two Congressmen… have to be probed by their peers as a guide to future action and prevent a repeat of premature ejaculation, as it (was), causing needless departmental tension… (Atienza and Dela Cruz being) at war most needlessly with Malacanang and the Supreme Court is not in the national interest,” Saguisag said.

He added that the peace process officials did not use weapons but only “words, words, words.”

He said the congressmen should have taken their votes against the BBL on the plenary and not in the courts.

“[(They should just) g]et their peers to vote NO on the basis of legally tenable, intellectually respectable, and psychologically satisfying arguments… Lawmakers are in the business of crafting laws and policies, not in jailing people,” Saguisag said.

He asked the two solons, who were his comrades in the struggle against the dictatorship of former President Ferdinand Marcos, “to be tolerant of ideas they may disagree with, and even despise.”

“This may well be the first time one is sought to be jailed peacefully inciting with ideas, posing no clear and present danger,” Saguisag said.

“The superior idea should prevail and therefore the arguably misguided duo should be reminded to win over their peers, and not to pick any needless quarrel with the executive, and even a sitting Supreme Court Justice, with remarkable incomprehensible and mind-boggling charges of treason and sedition,” he added.

“The proposed BBL is the means by which secession is promoted. Through the BBL provisions, which are clearly unconstitutional, the inhabitants of the still undefined Bangsamoro are being instigated to make continuing demands for independence and self-determination,” the complaint read.

According to the Revised Penal Code, sedition is committed by persons who rise publicly to prevent by force or intimidation, or extra-legal methods the exercise and powers of government.

Meanwhile, treason is committed by persons who wage war against the country or aid the country’s enemies.