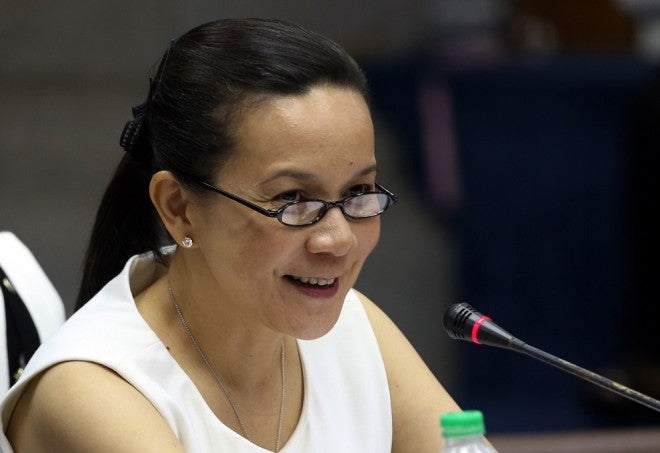 Sen. Grace Poe will make a better President if she first goes through apprenticeship as Vice President, according to Sen. Sergio Osmeña III.

After her six-year apprenticeship, Poe will be a shoo-in for the presidency in 2022, Osmeña told reporters on Wednesday.

Osmeña, who helped Poe in her successful campaign for a seat in the Senate in 2013, was quick to say that he was not telling Poe what to do.

“Just looking at it from her perspective, I’m not talking about political strategy,” Osmeña said. “She would be better off and she would make a better President if she has six years as Vice President because she’s fairly new in this game.”

Running for President is not just about winning the election. The hard part actually comes afterward, he said.

“This is not only national politics and winning an election. After that, the big work, the headache comes—running the country. And we’ve seen that that’s very difficult. If you start stumbling, then the country stumbles with you,” he said.

But he also said Poe, an independent, had all the attributes of a good President.

‘She’s got the gifts’

Osmeña said he was happy to see Poe leading the voter preference polls for the presidency, but he added that anything could happen during the campaign, as he had seen in the 2010 elections.

He also said he did not favor a teamup between Poe and independent Sen. Francis “Chiz” Escudero though he declined to explain.

All he could say was that he believed Poe would be better off running “without any extra weight.”

He said the presumptive presidential candidate of the ruling Liberal Party (LP), Interior Secretary Mar Roxas, could also be extra weight, but Poe would be “safer” running with him.

Osmeña offered his views as President Aquino agonized over the choice of a candidate who would pursue the reforms introduced by his administration.

That candidate is presumed to be Roxas, who gave way to him in 2010 and ran for Vice President but was trounced at the polls by then Makati City Mayor Jejomar Binay.

Roxas, however, is unpopular with voters, placing only third or fourth in the latest voter preference polls.

Die-hard supporters of Roxas ignore the polls and insist he is the President’s choice.

“The way I read the President is if he thinks Secretary Mar would be able to continue the reform program he had begun, he would face the challenge and strive to ensure the victory of his anointed candidate,” Drilon said in a radio interview on Wednesday.

Despite saying on Monday that Poe was “unstoppable,” House Speaker Feliciano Belmonte Jr. said on Wednesday that he believed Roxas was “still the best for the job.”

Deputy Majority Leader Jorge “Bolet” Banal said he was sure the President would pick Roxas as the administration’s presidential candidate.

Cavite Rep. Alex Advincula said LP members should “come out and declare their support” for Roxas.

Advincula called on Poe to be more “understanding if she truly loves this country.”

Aquino has said that he will announce his chosen candidate after his last address to a joint session of Congress on July 27.

Poe, who has not decided whether to run for higher office next year, is the new front-runner in the race for Malacañang, followed by Binay in the latest Social Weather Stations poll and, in the Pulse Asia survey, by Davao City Mayor Rodrigo Duterte.

Roxas is nowhere within striking distance of the presidency, an unacknowledged problem in Malacañang, where the position is for Aquino to stand by the 2010 arrangement and endorse the interior secretary as the administration candidate in 2016.

One solution to Roxas’ unacceptability to voters is to make Poe lend him some of her sheen by running as his Vice President—and that is believed to be what President Aquino is trying to do in meeting with Poe.

They have met twice since May but nothing has come out of those meetings, with Poe saying each time that she has not been offered anything and that she remains undecided whether to run and that if she will, she prefers to run with her friend, Escudero.

President Aquino invited Poe, Escudero and Roxas to dinner at Malacanang Wednesday night for what could be a make-or-break attempt to eliminate competition to Roxas from within the administration coalition.

Osmeña said that by his reckoning, Aquino wanted to remove Poe from the race for Malacañang.

With Poe out of the race, some 60 percent of the votes for her would go to Roxas, and the other 40 percent would go to Binay, Duterte and whoever else is running, he said.

But if Poe decides to run for President as an independent, then that would mean the LP-led coalition could break up and it could make it difficult for Aquino to bring in votes for Roxas.

Osmeña said it would not bode well for the President if he failed to convince Poe to run with Roxas.

“If the President is unable to convince a member of his coalition, he’s not that strong a leader,” he said.

“So if the President can’t convince Senator Grace, how can he convince the voters to make his own candidate win? So he has to convince Grace to stay married to the Liberal Party,” he added.

As for Roxas, it’s the presidency or nothing.

Asked by reporters on Wenesday if he was willing to make a second sacrifice, Roxas replied: “Sacrifice? I think you should not be asking me about that because my track record will clearly show my capability to sacrifice and give way for a bigger objective in pursuing [good government]. For me, my interest is to continue the programs that the President has started. It’s important for us to assure our countrymen that the programs that benefited them will continue.”–With reports from Gil C. Cabacungan and Marlon Ramos

Poe sure presidential winner in 2022 – Osmeña