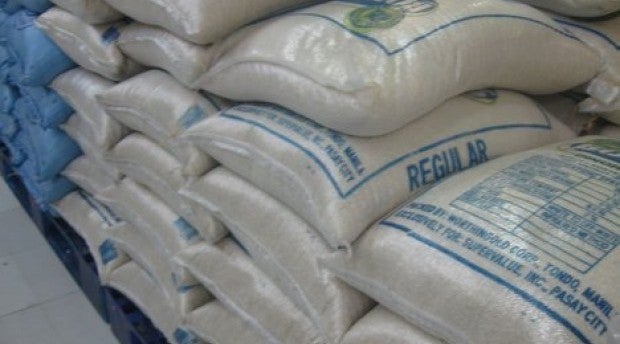 DAVAO CITY, Philippines – Mayor Rodrigo Duterte blamed the “failed agricultural programs” in the country as the reason for the persistence of rice smuggling.

Duterte said that without a self-sufficient food production, the country would be plagued by smuggling and the reliance on rice imports.

“For as long as the country could not produce available and affordable food for the Filipinos, smuggling activities will continue,” Duterte was quoted in a press release issued by his camp.

Calling the Philippines as a “country of ironies” in the agricultural sector, Duterte criticized the lack of accessible and efficient irrigation, that has always been vital in rice farming.

“We are the only country which is half-submerged in water during the monsoon and typhoon season, yet we do not have enough water to irrigate our rice fields during the rest of the year,” Duterte said.

The controversial mayor said that a foreign agriculture expert once told him that Mindanao alone could feed the entire world if its farming resources were utilized efficiently.

“We are a country with soil so rich that one Israeli agriculture expert said he could feed the world if he had the whole of Mindanao to farm and yet we import rice, garlic, onions and even mushrooms,” he said.

The Philippines produce raw materials for animal feeds but it relies on pork and chicken import because farms cannot keep up with the rising prices of locally produced feeds, Duterte remarked.

As long as the country’s farming sector continues to live in poverty without any government support, smugglers will always be there flooding the local market with cheap but hazardous food items, according to Duterte.

Duterte, who has repeatedly denied planning to run for president in 2016, said that the next chief executive of the country must prioritize food security.

“More than anything else, the president’s number one mission is to feed the Filipino people,” Duterte said.

Food security, Duterte explained, should bring about abundance of supply and affordability of the products.

“Right now, Philippine agriculture is like a child lost in the forest of programs and projects, which do not directly contribute to food production,” he said.

Commenting that the present agrarian reform and agricultural program in the country have been “designed by people who have a very shallow understanding of food production,” Duterte said that the next administration must correct these mistakes.

Militant farmers organization Kilusang Magbubukid ng Pilipinas (KMP) consistently criticized the government for its “failure” to address the problems of the agriculture sector by not implementing an agrarian reform program that would ensure the free distribution of lands for the farmers.

Without their own lands, farmers would be buried in debt with no rice and food on their tables, KMP-Southern Mindanao said.

The group said majority of farmers in the country have remained landless while most of the fertile land resources in Mindanao were owned by landlords and multinational corporations and were transformed into plantations producing export agricultural items like banana, pineapple, mango and oil palm.