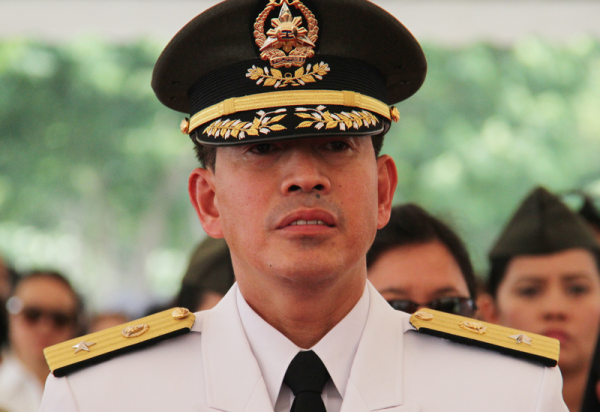 Neither Malacañang nor the Department of National Defense (DND) has announced the new chief of staff of the Armed Forces of the Philippines (AFP) with only a few hours before incumbent military chief General Gregorio Pio Catapang officially retires and President Benigno Aquino III presides over the change of command ceremony.

Well-placed Inquirer sources, however, said that it is “95 percent” certain that the new military chief is Army commander Lieutenant General Hernando Iriberri.

Retired generals have in fact been sending text messages, congratulating Iriberri, known in the defense and military community as “Dodo.”

One of the retired generals told the Inquirer by phone it was quite strange that there has yet to be an official announcement by the Palace when the turnover ceremony is to take place at 9:30 a.m. Friday.

The new military chief is normally announced on the eve of the change of command. It is unclear why Malacañang or the DND has yet to make the announcement.

If indeed appointed by Aquino, Iriberri would only be the second AFP chief of staff from conflict-ridden Mindanao, among the 45 generals who have held the post.

Iriberri is a native of Surigao del Sur.