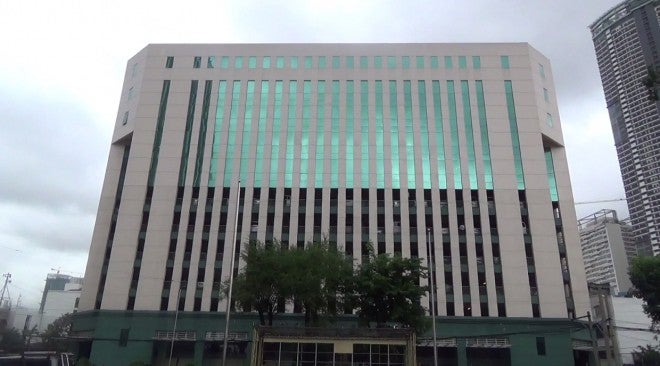 The general services department of Makati City, which has a P1-billion budget for 2015 for trash, security and janitorial services, had been giving contracts to favored contractors of the Binay family on a monthly basis, according to a City Hall insider who said this was a violation of the procurement law.

“Contracts for security personnel, the janitorial services and garbage collection is on a monthly basis and were awarded to certain contractors without their participation of the bidding process,” said the insider privy to the bidding process.

The source added that each contract signed by suspended Mayor Junjun Binay amounted to not less than P5 million a month.

In a statement, Binay spokesman Joey Salgado denied any irregularities in the services contracts.

“None,” he told the Inquirer. He blamed a long-running Senate inquiry against the Binays for scaring away contractors who feared they would be tagged as Binay dummies.

The reported monthly contract arrangements under the son of Vice President Jejomar Binay came after several failed biddings because the city’s bids and awards committee did not receive any applicants, he said.

Under the law, negotiated procurement in case of two failed biddings is allowed only in case of imminent danger to life or property during a state of calamity, or when time is of the essence arising from natural or man-made calamities, or where immediate action is necessary to prevent damage to or loss of life or property, or to restore vital public services.

The source explained that the only valid bid process was conducted in January, but bid processes after that were deemed failures.

The bid arrangements, he said, were “tailor-fit to be declared a failure to ensure that current contract holders remain the contractors.” There was “collusion between the two parties,” the source said.

The source explained that despite the ongoing investigation on the alleged overpriced Makati City parking building “the system of the awarding of contracts in the city government was not changed.”

“It was their normal way of doing things and they see nothing wrong about it,” he said.

The source further explained that the contract holders like Brighthouse and Tri-Force should have been asked to join the bidding and buy the bid documents.

“But because they were already assured they would get the contracts, even bid documents that cost around P50,000 and contract bond were not complied with,” the source added.

The source said the employees of Brighthouse, the city’s janitorial services provider, reportedly owned by socialite Nini Licaros, had stopped reporting for work since Thursday, a day after Mayor Binay stepped down.

Binay was suspended for six months by the Office of the Ombudsman in connection with its investigation into the alleged overpriced Makati City Science High School building.

A Brighthouse official confirmed its employees had been ordered to stop reporting for duty at Makati City Hall but did not give a reason.

Tri-Force security company, owned by a Jack Roxas, continued with its services despite its lapsed monthly contract.

According to his staff, acting Mayor Romulo “Kid” Peña Jr. was meeting with the service providers to extend for another month their contract to give the new administration time to correct the irregularities and ensure proper bidding.

The source said that even the provider of equipment for dialysis treatment at Ospital ng Makati was also on a monthly basis.

Salgado said the original contracts for the services were awarded in open bidding.

“When the contracts expired and the services were opened for bidding, there were no bidders. The other potential bidders said they had yet to complete their bid requirements,” Salgado said.

He blamed the “Senate inquisition” for turning away other potential bidders, saying they “expressed apprehension that they will be tagged unfairly as dummy firms, to the detriment of services to residents.”

“The procurement law allows direct negotiations after second failure of bidding (in these cases, bidding failed at least four times). However, the city government did not negotiate with the present suppliers but opted instead to renew their contract on a monthly basis which is allowed by law,” Salgado said.

He said Mayor Binay continued to post bidding notices for these services “in the interest of transparency and precisely to show that we do not have favored suppliers.”–With a report from Christine O. Avendaño