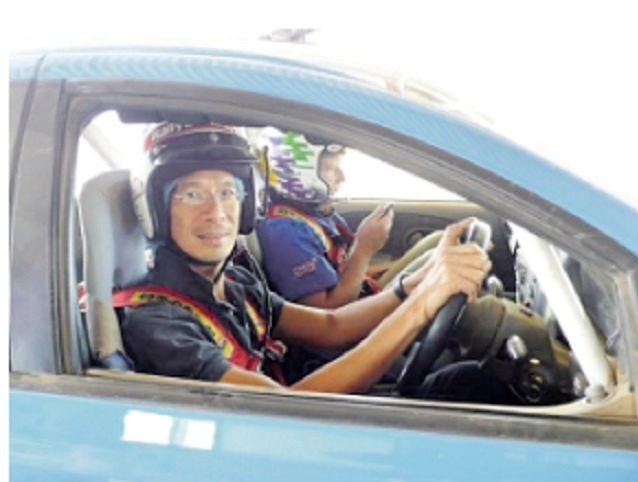 THE son of a Chinese-Filipino billionaire, who made his fortune by establishing a chain of hotels and motels in the country, died as his private chopper crashed in a forested area near Mt. Maculot in Barangay Pinagkaisahanin in Cuenca town, Batangas province on its way to Manila on Sunday.

Archimedes “Archie” Rosario King, 62, the owner of Victoria Court chain of motels, died as their helicopter crashed in the mountain at around noon, Philippine Red Cross (PRC) Chairman Richard Gordon told INQUIRER.net in a phone interview.

Citing reports from the PRC responders from the ground, Gordon said that the chopper’s pilot, Felicisimo Esteban Taborlupa Jr., also died in the crash.

Meanwhile, six other persons sustained injuries and were initially treated at the Martin Marasigan Memorial Hospital in Cuenca.

According to Gordon, the injured passengers will be transferred to St. Luke’s Medical Center at Fort Bonifacio in Taguig City.

The Civil Aviation Authority of the Philippines (CAAP) said that the helicopter was an Augusta 109E helicopter with registry number RP-C2726. operated by Malate Tourist Dev’t Corp.

CAAP said that the helicopter went to Puerto Galera and left for Manila Sunday morning.

Senior Inspector Joel Laraya, Cuenca town police chief, said they suspected the helicopter crashed due to the bad weather spawned by tropical storm Egay. Police were still trying to find out if the helicopter was given a clearance to fly, he added.

“We’re still experiencing heavy rains here until now,” Laraya said in a phone interview past 5 p.m. Sunday.
Larayas said the crash site was just about 2.5 kilometers from the village proper but very few residents saw what happened since the area was difficult to reach during bad weather.

In good weather, reaching the site would require an uphill climb of at least 30 minutes, he said.

Laraya said some villagers who saw the crash immediately informed the village chief who, in turn, called the town police station for help.

Laraya said he and his men were assisted by some village volunteers and local Red Cross personnel when they extracted the eight passengers of the helicopter from the crash site.

He said the helicopter was a total wreck.

As of 5 p.m., the wreckage of the helicopter was still at the crash site, which was being secured by policemen from the Cuenca municipal police station and from the Philippine National Police-Batangas Provincial Public Safety Company.

King was one of the heirs of billionaire Angelo King, who made the family fortune by establishing the Anito Lodge chain of motels. The family patriarch first established Anito Lodge in Pasay City in the 1970s and later expanded the business. He later passed on the family business to his sons Archie and Wyden.

It was Archimedes King who established Victoria Court, a chain of high-end motels in Metro Manila. It now has 10 branches.

Meanwhile his brother, Wyden, led the expansion of Kabayan Hotels.

With his fortune, Angelo King became a philanthropist when he established the Angelo King Foundation in 1978. He became the foundation’s chairman emeritus when he retired from the family business in 1999.

Some of the donations were poured into the construction of buildings, schools, homes for the aged, orphanages, children centers, and drug rehabilitation centers, and charity donations, among others.