Girlfriend of suspect in killing of bank teller speaks up 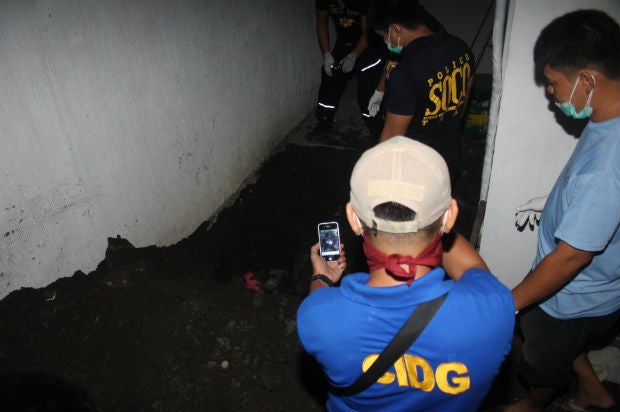 Policemen exhume the body of Dee from a shallow grave at the backyard of an unoccupied house in Sta. Maria Subdivision in Balibago village, Angeles City. CONTRIBUTED PHOTO

The girlfriend of suspect Fidel Sheldon Arcenas has given a statement on the killing of a bank teller whose body was found in a shallow grave in Angeles City on June 28.

In an interview on dzMM, April, younger sister of victim Tania Camille Dee, said that Angela Dychioco, Arcenas’ girlfriend had finally given her statement to the police.

According to April, Dychioco told the police that upon arriving at the house, she saw Dee in a room. Dee was already dead and covered in blood.

Dychioco reportedly said she felt scared and helped Arcenas bury Dee’s body in the backyard where a grave was already waiting.

Dee, a teller of Rizal Commercial Banking Corp. (RCBC) in Manila, was supposed to meet her former husband Arcenas in Pampanga after he promised her a car. Her body was found on June 28 at the backyard of the house owned by Regine Dychioco, Angela’s mother.

April questioned an autopsy report that suggested that Dee had been starved before she was killed. She said her sister just came from a Japanese restaurant before her supposed death.