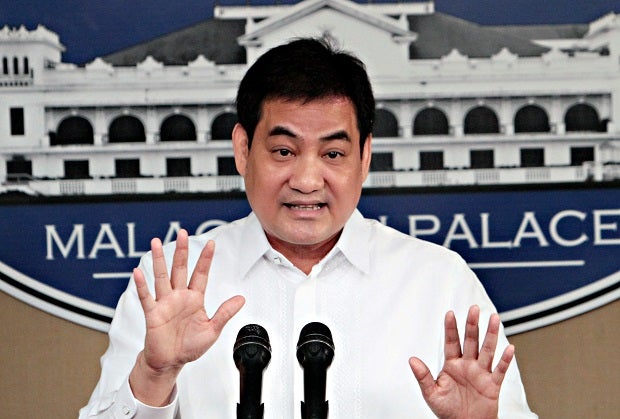 Malacañang on Saturday said it was not questioning the stay of Vice President Jejomar Binay in his official residence at Coconut Palace.

“It was respected in that every possible means was found, particularly if at the behest of the Vice President in order to be of service to the people, to give him every opportunity, dignity and convenience, to be useful,” presidential spokesperson Edwin Lacierda said in a statement.

Lacierda issued the statement after the camp of Binay accused the Aquino administration of raising the “petty” issue of Binay’s use of Coconut Palace.

On Friday, Lacierda criticized Binay for depicting himself as an underdog when he uses Coconut Palace as an official residence.

READ: ‘Binay’s use of Coconut Palace not the issue’

The word war continues between Binay and the Aquino administration after the Vice President tendered his irrevocable resignation from the Cabinet and issued a scathing speech to the government a few days later.

Read Next
Binay’s verbal attacks on Aquino gov’t mere ‘sour grapes’–LP exec
EDITORS' PICK
EDITORIAL: To a bike-friendly future
The Best Tech Gifts For The 2022 Holidays
Is it safe to talk politics again at family gatherings? ‘The Reconciliation Dinner’ shows us what that’s like
House energy committee chair Arroyo bats for cheap electricity
vivo’s coming to town to grant wishes with more holiday promos
Pagasa: Warm, sunny Sunday in most parts of PH
MOST READ
LOOK: Vhong Navarro transferred to BJMP detention facility in Taguig
The Elephant Man in the Senate
Posh village as ‘shabu’ haven
LOOK: Zanjoe Marudo bonds with Ria Atayde, her family
Don't miss out on the latest news and information.