'Binay's use of Coconut Palace not the issue' | Inquirer News

‘Binay’s use of Coconut Palace not the issue’ 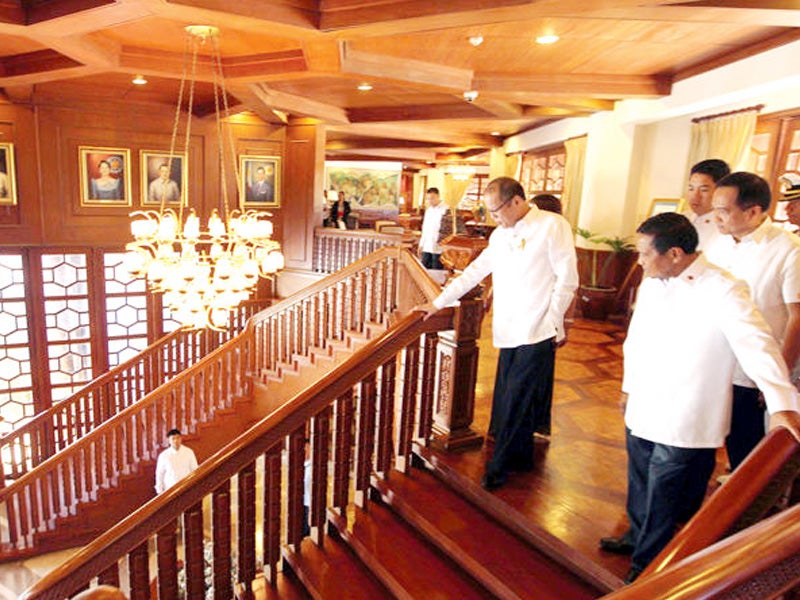 The camp of Vice President Jejomar Binay slammed Malacañang on Saturday for raising the “petty” issue of Binay’s use of the Coconut Palace.

Joey Salgado, spokesman of Binay, said the vice president has raised “substantive issues” but the Aquino administration chose to do an accounting of the supposed favors by President Benigno Aquino III to Binay.

“Vice President Jejomar C. Binay has raised substantive issues but Malacañang chose to be petty instead by raising the issue of the Coconut Palace. Sadly, they don’t have the complete facts,” Salgado said in a statement.

On Friday, presidential spokesperson Edwin Lacierda criticized Binay for depicting himself as an underdog when he uses the Coconut Palace as official residence. It was in the Coconut Palace where Binay also held a national address after he resigned from the Cabinet.

Salgado said that since Binay moved to the Coconut Palace in 2010, renovations have been made to restore the “neglected and nearly decrepit” structure.

“The renovation work has restored the Coconut Palace as a showcase of Filipino architecture and artistry,” he said.

He said Binay “did not beg for supposed favors or alms.”

“He simply wanted an office for the Vice President befitting the second highest official of the land. Future Vice Presidents can now look forward to having such an address,” he said.

The Coconut Palace, he said, is still owned by the Government Service Insurance System (GSIS), adding that the Office of the Vice President is a mere tenant.

He said the GSIS has increased the rent from P400, 000 a month to P440, 000 a month. This is still cheaper compared to the P1 million in rent the Office of the Vice President had to pay for occupying not even a single story of the Philippine National Bank building in Pasay City, he said.

“The Vice President is grateful to the President for allowing him to use the Coconut Palace even as a tenant,” he said.

He said that instead of firing back at Binay, the Aquino administration should answer the issue of massive hunger and poverty in the country.

(Instead of reminding Vice President Binay that the President allowed him to use the Coconut Palace, it is better for them to just address our problems on widespread hunger and poverty and all the other issues that depict this government’s failure.)

The word war between the Aquino administration and Binay started after he resigned from his cabinet posts and issued a scathing speech to the government. IDL