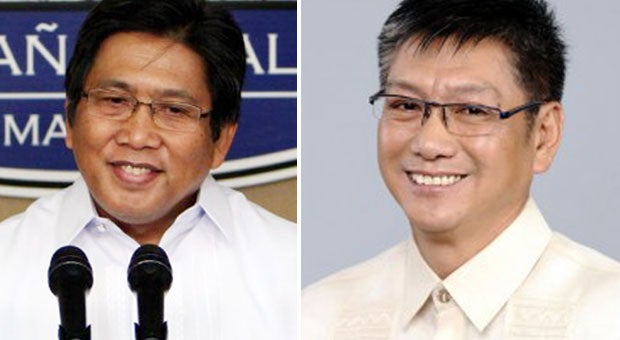 Communications Secretary Herminio Coloma Jr. on Thursday said he did not know where the insistence that he is with the so-called Binay faction was coming from.

“I am unaware of their basis or reasons,” Coloma said, when asked by the Inquirer why it is believed that he is a loyal follower of Vice President Jejomar Binay.

Coloma said he worked as a volunteer in the Noynoy Aquino Media bureau that later was named the Samar group during the 2010 presidential campaign. He also served Mr. Aquino’s mother, the late President Corazon Aquino, in various capacities.

“As Cabinet members, my colleagues and I serve at the pleasure of the President,” Coloma said.

Executive Secretary Paquito Ochoa is also reportedly a supporter of Binay in the Samar faction but Palace sources have denied this.

“He (Ochoa) will go where the President goes. It’s a misreading that Ochoa is pro-Binay,” said the source, who declined to be identified for lack of authority to speak to reporters.

Another source said it was “unlikely” that Ochoa would support Binay’s presidential bid.

“ES (executive secretary) is not pro-Binay. Where the President goes, he will go,” the source said, also requesting anonymity.

The source added Ochoa is not even at odds with Interior Secretary Mar Roxas, the head of the so-called Balay faction in Malacañang who is likely to contest the presidency next year, which Binay is actively seeking.

“Ochoa’s relationship with Mar is not cold but it’s warm enough,” the source said.

The “Balay” and “Samar” factions in the President’s Cabinet were named after the divided and separate campaign headquarters of Mr. Aquino during the 2010 presidential campaign.

The Balay group is named after the Liberal Party headquarters in Cubao, Quezon City, owned by Roxas’ family.

The Samar faction was reported to be led by Binay and Sen. Francis Escudero. Escudero actively campaigned for Binay. The group is named after the street in Quezon City where the main election campaign headquarters of then Senator Aquino was located.

The two groups have reportedly remained at odds since the May 2010 elections, in which Binay beat Roxas for the vice presidency.