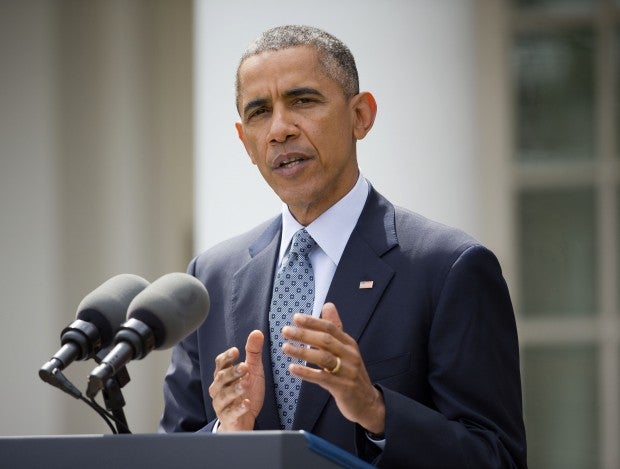 “I welcome His Holiness Pope Francis’s encyclical and deeply admire the pope’s decision to make the case — clearly, powerfully and with the full moral authority of his position — for action on global climate change,” Obama said in a statement.

“As Pope Francis so eloquently stated this morning, we have a profound responsibility to protect our children, and our children’s children, from the damaging impacts of climate change.”

The pontiff said Thursday that rich countries must bear responsibility for creating the problem posed by climate change, and finance a solution.
In a nearly 200-page document, the leader of the world’s 1.2 billion Catholics blamed human greed and consumerism but also business and political figures for the current situation.

Obama said he looked forward to discussing the issue with the pontiff when he visits the White House in late September.

He said Washington “must be a leader” in the effort to combat the ill-effects of climate change, and called on nations to “protect the world’s poor, who have done the least to contribute to this looming crisis and stand to lose the most if we fail to avert it.”

“As we prepare for global climate negotiations in Paris this December, it is my hope that all world leaders — and all God’s children — will reflect on Pope Francis’s call to come together to care for our common home,” the US president said.