Under the CAB, the normalization component takes place alongside the political component, which is embodied in the BBL. The law will establish the Bangsamoro autonomous region.

The normalization component also includes socio-development programs, confidence-building measures, such as the transformation of camps to ordinary communities and amnesty, and the creation of a reconciliation committee. 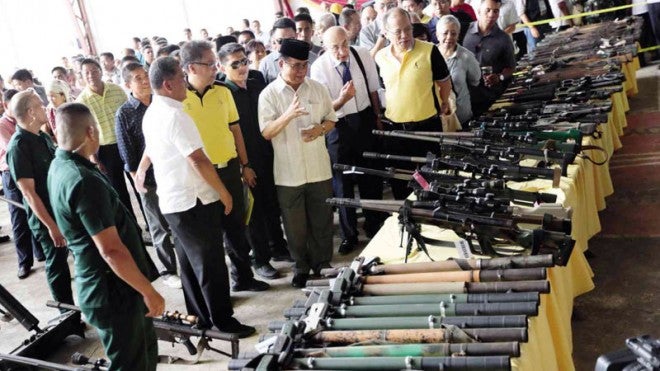 As agreed upon by both parties, the second phase will take place upon the ratification of the Bangsamoro Basic Law (BBL), which will create a new Bangsamoro autonomous region. This would replace the Autonomous Region in Muslim Mindanao (ARMM).

On allegations that the 75 firearms decommissioned on Tuesday were unserviceable weapons, Murad said these were all inspected and verified by members of the International Decommissioning Body (IDB).

“The IDB saw that all are functioning. These were all taken directly from the ground,” Murad said.