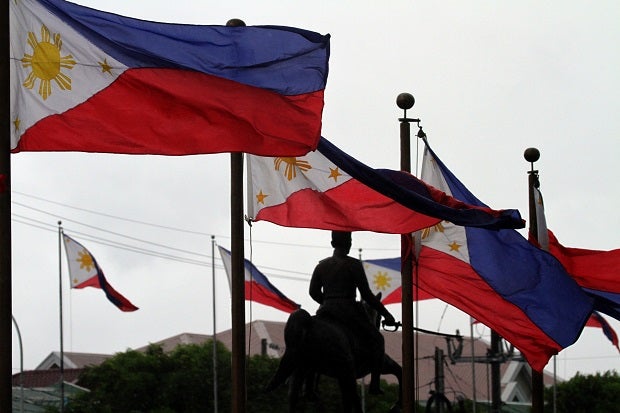 1. Kawit, the venue of our Independence Day, was known as Cavite el Viejo. In 1630, the Jesuits founded a parish dedicated to Mary Magdalene, which became the origin of the symbolic name Magdalo, used by the popular council of Kawit during the Katipunan days.

2. According to Marcela Agoncillo, Emilio Aguinaldo visited her in her home at 535 Morrison Hill in Hong Kong and requested her to embroider the Philippine flag.

It took her, together with the niece of Jose Rizal, Delfina Herbosa Natividad, and daughter, 7-year-old Lorenza Agoncillo, five days to finish the flag.

According to Agoncillo, she and Natividad cut the stars, the triangle, the sun and the stripes from the finest satin bought from a department store in Hong Kong.

She said she and Natividad “unstitched what was already sewn simply because a ray was crooked, or because the stars were not … equidistant.”

She personally delivered the flag to Aguinaldo before he boarded the American gunboat “Mac Culloch” bound for the Philippines.

3. In the Declaration of Independence, penned by Ambrosio Rianzares Bautista, on June 12, 1898, it was mentioned that the colors of the Philippine flag—red, white and blue were adopted in honor of the flag of the United States as debt of gratitude to its disinterested protection of the Philippines.

In subsequent speeches of Aguinaldo, presumably written by Apolinario Mabini, he explained that red represented Filipino bravery; blue signified that Filipinos would prefer death to surrendering to the enemy; and white represented the idea that Filipinos knew how to govern themselves and were lovers of peace.

4. Aguinaldo added that the triangle in the Philippine flag symbolized the triangle method of recruitment used by the Katipunan in its early days.

#INQuiz: How much do you know about Philippine Independence Day? (Part 1)

6. The original Philippine flag unfurled in Kawit on June 12, 1898, was brought to Malolos and displayed in Barasoain Church. According to Aguinaldo, he brought the flag with him as his government retreated toward the northern part of Luzon but lost it near Tayug, Pangasinan.

7. The early version of our National Anthem was composed by a Filipino in Hong Kong and brought home by Aguinaldo. However, Aguinaldo preferred a more martial beat and requested Julian Felipe to do some revisions.

Felipe incorporated in his composition some features of the Spanish Royal March, which Aguinaldo approved. The composition, titled “Marcha Nacional Filipino,” was played by the musical band of San Francisco de Malabon on June 12, 1898.

8. The lyrics of “Marcha Nacional Filipino” were written the following year. It started as a poem written by Jose Palma, a younger brother of Rafael Palma.

Titled “Filipinas,” the poem was published by the revolutionary newspaper La Independencia on Sept. 3, 1899. The staff of La Independencia recited the verses of “Filipinas” to the tune of “Marcha Nacional Filipino,” hence popularizing our present national anthem.

9. According to Julian Felipe, the proclamation of Philippine independence took place on a Sunday, between 4 p.m. and 5 p.m.

Ambrosio Rianzares, then adviser of Emilio Aguinaldo, read the Act of Proclamation of Philippine Independence, inspired by the American Declaration of Independence of 1776, from the window of Aguinaldo’s house.

This was followed by the unfurling of the Philippine flag while the San Francisco de Malabon band played “Marcha Nacional Filipina.” Shouts of “Mabuhay ang Kalayaan” and “Mabuhay si Heneral Aguinaldo” culminated the event.

10. Aguinaldo invited US Adm. George Dewey to witness the Independence rites in Kawit but Dewey excused himself saying it was mail day. Instead, Dewey sent his secretary, Col. L.M. Johnson, who figured as one of the signatories to the Declaration of Philippine Independence. Johnson was the only American signatory.

11. Before returning to the Philippines, Felipe Agoncillo advised Aguinaldo to get Mabini as his adviser as he would be an asset to the government. Aguinaldo and Mabini did not know each other personally and would meet only on June 12, 1898. Aguinaldo made arrangements to carry Mabini in a hammock from Pansol where he was seeking cure for his paralysis.

#INQuiz: (Part 2) How much do you know about Philippine Independence Day?

12. The first anniversary of Independence Day was celebrated in Angeles, Pampanga. On this occasion, Aguinaldo in his speech extolled the significance of our flag, saying: “That flag which was hailed by a people, anxious of freedom and deserving a better fate, made our independence a reality; it obliged us to preserve and defend it until death.

“It imparts in us valor and unlimited endurance; it therefore requires sacrifices and now that we are provoked and compelled to fight, let us go forward with eyes fixed on that flag of the sun and three stars which cheers us up and guides us in the pursuit of our dearest ideals.”

The Philippine flag rallied the Filipinos to fight a new invader—the Americans.

The Americans suppressed the display of the Katipunan flags and the Filipino flag during the early part of their rule. However, the priests of the Philippine Independent Church (Iglesia Filipina Independiente) subverted the prohibition by displaying the Philippine flag on their religious vestments.

(Editor’s Note: Ma. Luisa T. Camagay, Ph.D., is a faculty member of the Department of History and teaches at the College of Social Sciences and Philosophy, University of the Philippines Diliman. She is a recipient of the “2013 Gawad Chanselor para sa Natatanging Guro.”)

#INQuiz: How much do you know about Philippine Independence Day? (Part 1)