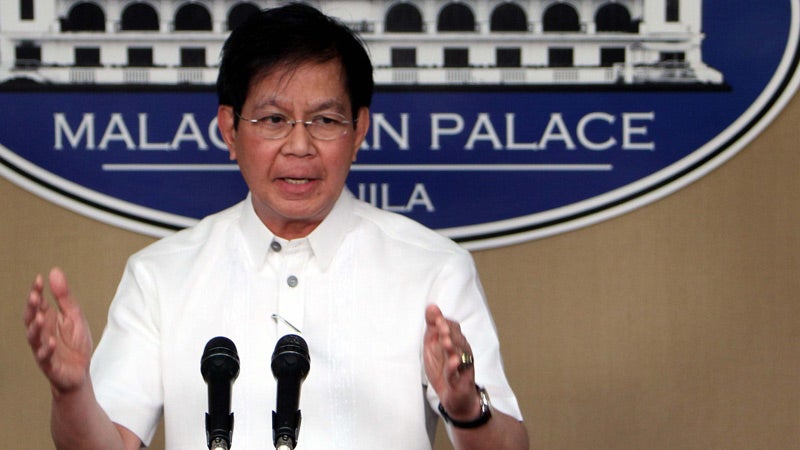 While he said he was open to run for president next year, former Senator Panfilo “Ping” Lacson said he will not declare his presidential bid until he is decided because he “(doesn’t) want to lose a second time.”

Lacson, who ran and lost in the 2004 presidential race, said his supporters were egging him to declare his presidential bid to improve his ratings in presidential surveys but he declined.

“But let’s strike a balance between ideology and pragmatism because kung alam naman nating hindi tayo [accepted] ng electorate, why would we insist only to lose? Ayaw ko na ngang matalo for the second time and mag back out for the second time so calculated ito. Once I decide I should see some competitiveness,” the former senator said.

(But let’s strike a balance between ideology and pragmatism because if we know we are not accepted by the electorate, why would we insist only to lose? I don’t want to lose for the second time and back out for the second time so this should be calculated. Once I decide I should see some competitiveness.)

Lacson believes that presidency is a “calling.”

Asked if he thinks he could still do what he envisions for the country, the former senator said: “Yes, I feel that I can do it. Sabi ko nga (As I said), had I won in 2004 but it was not meant to be and if it’s not meant to be this time then so be it.”

If elected president, Lacson promised to rein in the 1.5 million government employees and set the government right.

“How do you set the government right? Discipline the bureaucracy, aim for zero corruption in government,” he said. IDL