Due to cockroaches in his office, Turkey’s president builds new palace | Inquirer News

Due to cockroaches in his office, Turkey’s president builds new palace 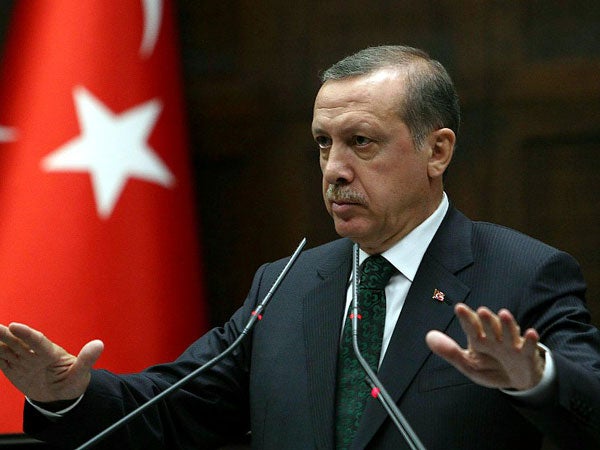 ISTANBUL — If cockroaches infest someone’s house or office, they might put down some poison or maybe call in the pest-controllers.

But President Recep Tayyip Erdogan of Turkey had a more radical solution. The presence of cockroaches in his old offices, he revealed in an interview, were the reason why he needed a vast new presidential palace outside Ankara.

Erdogan’s new $615 million presidential palace in the outskirts of Ankara has been ridiculed by the opposition as the tasteless and needless extravagance of an increasingly authoritarian leader.

But in an interview with A-Haber television broadcast late Friday, Erdogan said his reasons for needing the 1,150-room palace were much more mundane.

He said his old offices when he was prime minister from 2003-2014 were infested with cockroaches.

“A guest would come to the old prime ministry office and find cockroaches in the bathroom. That’s why we built this palace.”

“Does such a place befit the prime ministry of Turkey? If a guest comes are you going to put them there? If they see this, what if they tell what they saw?” he asked.

Erdogan has always defended the building of the palace, saying it is a worthy symbol of the new Turkey he is trying to build.

He has already hosted high-ranking guests there, including Russian President Vladimir Putin and Pope Francis.

“This is the palace of the Turkish nation,” Erdogan said in the interview. “Such a representation can never be a waste,” he added.

Erdogan’s election to the presidency in August 2014 led to a musical chairs of palaces, with him moving to the new palace and Prime Minister Ahmet Davutoglu moving to the old presidential palace in central Ankara, the Cankaya.

Neither leader now uses the old offices of the prime minister.

Critics of Erdogan took to Twitter to ridicule his comments, under the hashtag #karafatma (cockroach in Turkish) and urging people to vote against his party in Sunday’s legislative elections.

The new palace has been the subject of a sometimes farcical dispute in the run-up to the elections between Erdogan and the main opposition leader Kemal Kilicdaroglu, who accused him of having golden toilet seats there.

Erdogan dared Kilicdaroglu to personally come to the palace and find the toilet seats, saying he would resign if he found any.

His lawyer then filed a lawsuit seeking 100,000 Turkish Liras ($37,300) in compensation for slander from Kilicdaroglu over the golden toilet comment.