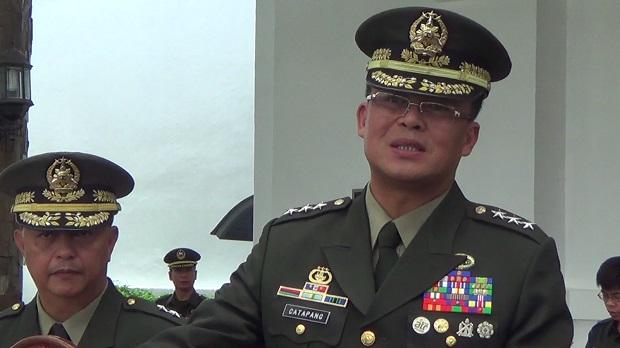 ARMED Forces chief Gregorio Catapang Jr. will start bidding farewell to troops next week as the day of his mandatory retirement nears.

“He will start making rounds to different units and the schedule is already being ironed out. The visit has not yet started because of the pressing concerns at General Headquarters,” AFP public affairs office Lieutenant Colonel Harold Cabunoc told reporters on Monday.

The “pressing concerns” were high-level meetings, which require the presence of the AFP chief.

Catapang will reach the mandatory retirement age of 56 on July 11.

It is still uncertain if Catapang would visit Pag-asa Island (Thitu) in the Kalayaan Island Group (Spratlys) in the West Philippine Sea (South China Sea).

During his visit last month on the disputed island, Catapang said he would return there before his retirement.

“It’s still uncertain if he will come back but we assure the soldiers there that the General Headquarters is behind them. The Wescom does regular visits to the islands,” Cabunoc said.

Catapang will also skip foreign visits to other military chiefs in the region, as he had already made his exit call two months ago.

“He will not go abroad. He already made his farewell to his counterparts in the region during a meeting in Brunei about two months ago,” Cabunoc said.

Catapang was the AFP Vice Chief of Staff of about two months when he was named the AFP chief in July 2014, replacing his mistah, then Gen. Emmanuel Bautista. Both were from Philippine Military Academy “Dimalupig” Class of 1981.

He also served as the chief of Northern Luzon Command.