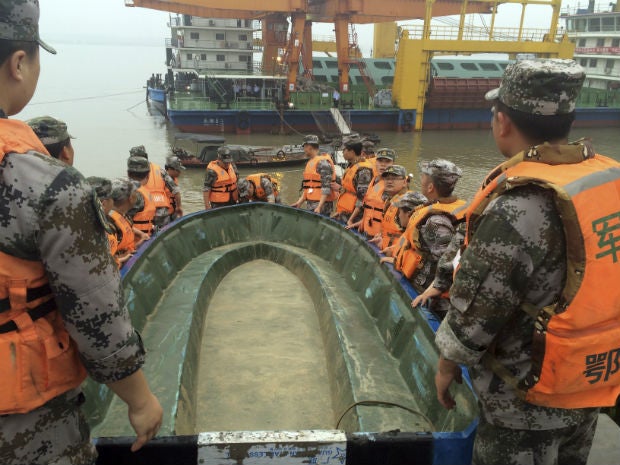 Rescue workers prepare to head out on boats on the Yangtze River to search for missing passengers after a ship capsized in central China’s Hubei province Tuesday, June 2, 2015. The passenger ship carrying more than 450 people sank overnight in the Yangtze River during a storm in southern China, the official Xinhua News Agency reported Tuesday. AP

The ship named “Eastern Star” was headed from Nanjing to Chongqing when it sank in the Jianli section of the river, Xinhua said.

Eight people have been rescued, including the captain and chief engineer, who both said the vessel had been caught in a “cyclone”.

There were 458 people on board, including 47 crew members, Xinhua reported.

A total of 22 people, including eight foreigners, were killed when a tugboat sank on the river in January.