The cycle of birth, death and rebirth 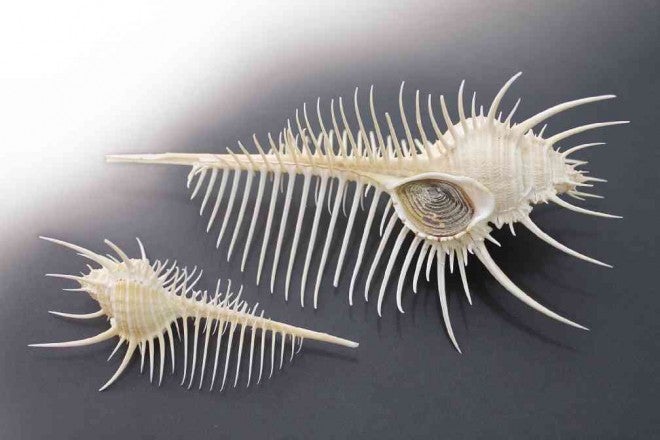 THE OPERCULUM prevents desiccation or drying out.

A small air hole allows for breathing, especially during estivation.

The operculum’s most important functions are to prevent desiccation or drying out while the animal is estivating and to protect it from its predators.

Instances of symbolic death are manifested by animals and plants living in the natural world.

Estivation (from the Latin word aestas, meaning summer) is a state of “summer sleep’’ or dormancy, resorted to by many animals during times of extremely high temperatures and drought. It is characterized by inactivity and a lowered metabolic rate.

The primary goals of estivating animals are to reduce water loss and to decrease metabolic rate by judiciously rationing and conserving energy.

Estivating snails bury themselves in fast-drying mudholes and riverbanks, along with eels, frogs and snakes.

Hibernation is a state of suspended animation resorted to by frogs, snakes, rodents and bears during the winter as a coping mechanism and survival tactic.

At the beginning of the cold season, the animal begins to increase its store of body fat by feeding voraciously. It then lowers the setting of its internal body “thermostat’’ to maintain a lower-than-normal body temperature and withdraws into “winter sleep,’’ allowing it to save energy while still maintaining those bodily functions (such as heart rate and breathing) necessary for survival.

An insect whose life cycle undergoes complete metamorphosis changes many times. From an egg, it passes several larval stages, pupates and becomes an adult.

The pupa of a butterfly is outwardly dormant and quiescent, as if dead to the world, belying the dramatic changes that are actually happening within the cocoon.

In temperate regions of the world, the shedding of leaves of deciduous (“leaf-losing’’) trees is the most telling sign that autumn has come.

At a time predetermined by each individual tree’s “’annual clock,’’ the trees begin to disrobe, discarding their red and yellow raiment, their coats of many colors.

Nothing is more breathtaking than the spectacle of millions of leaves falling, frail and flimsy, in the failing fall light!

The earth then retreats into its own hibernaculum (a shelter occupied during the winter by a dormant animal) to pass the winter of discontent in deep and dreamless sleep, the sleep of death.

Trees bare and barren become mute sentinels, standing guard over kingdoms slowly turning white with snow. The sun sets. Day dies. The moon wanes. The dead are rocked to sleep in the hammock of suspended animation, swaddled and sheltered from the winds of winter.

All things bright and beautiful pass into the power of death, to dream the wintry days away.

But dying is just an interregnum, a caesura (a break in the flow of sound in a verse) in the long, long poem that we are.

In spite of you and me, despite our quaking, timorous hearts, day dawns. The sun rises. Spring springs in a virtual detonation of green, green and more green stuff.

Animals, spring-fevered and woozy from too much sleep, burst forth through the ground, like zombies summoned by the siren song of blood. The moon waxes, fattens and fulls.

The moth rips open the silken walls of its bastille, the eel its barracoon (a place for contemporary confinement) of mud. Opening the operculum of its hermit kingdom, the snail comes out of its shell. After lying dormant for a very long time, the cicada emerges from the ground to sing its love song, becoming the very symbol of resurrection.

We see Jesus rise from the dead, in all of the things coming to life around us and it is Easter in our hearts!

Knowing that the sun will rise, no matter what, strengthens my belief in life after death. It gives me profound comfort and consolation to know that my dear dear mother has awakened to life in the house of our Lord. This is the enduring message of Easter.