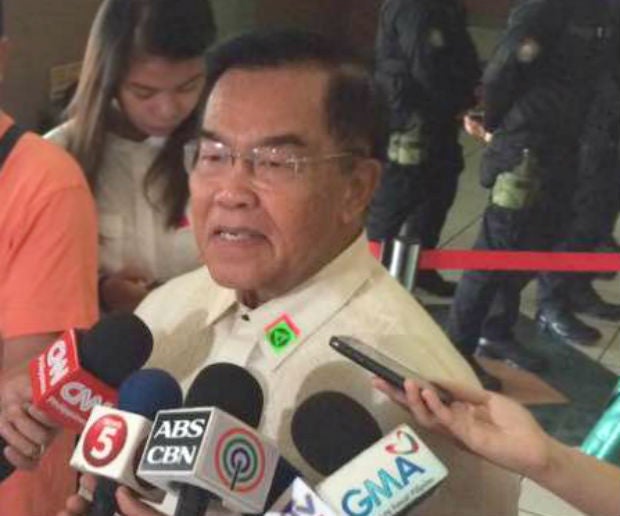 Appearing before the Sandiganbayan First Division, Jaraula maintained his innocence during his arraignment for allegedly pocketing P20.8 million in kickbacks from bogus projects under his Priority Development Assistance Fund (PDAF).

“I vehemently plead not guilty,” Jaraula told the justices.

Also pleading not guilty to charges of malversation, graft, and corruption of public officials was Janet Lim-Napoles, the alleged architect of the scheme to pilfer billions of pesos from lawmakers’ pork barrel funds.

“The charges are just made up. I never knew about this Cared. I never transacted with Napoles,” Jaraula said.

“If you examine the endorsement letters, it’s not my language. It’s the language of a high school graduate,” he added.

According to the Ombudsman’s indictment against Jaraula, the former solon received at least P20.8 million in kickbacks citing the ledger of rebates of principal whistleblower Benhur Luy, a former employee of Napoles.

Luy said he personally delivered the commissions to Jaraula, the Ombudsman said.

Jaraula received P50.5 million of PDAF from 2004 to 2007 for projects that turned out to be “ghost” implementations by Cared.

“The (Commission on Audit) special audit findings disclosed that the projects were ‘ghost’ projects as they were never implemented in the lone district of Cagayan De Oro,” the Ombudsman said.

The court set the preliminary conference starting July 2 and the pre-trial on Aug. 27.