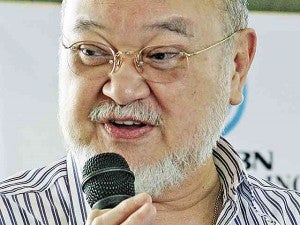 Former Technical Education and Skills Development Authority (Tesda) chief Augusto “Buboy” Syjuco Jr. is facing another criminal case in the Sandiganbayan for the alleged purchase of P9 million worth of books without a public bidding.

The graft charge filed by the Office of the Ombudsman was the latest in a string of criminal complaints lodged against Syjuco, who had also been accused of assigning his pork barrel to his own foundation when he was still a congressman of Iloilo province.

In a three-page complaint, the Ombudsman said the Tesda officials awarded in July 2006 the contract to Grand for the procurement of 250,000 copies of “Salabat for the Filipino Soul Book II” without holding a competitive public bidding as required by law.

It said the public officials committed the offense “in the discharge of their functions and taking advantage thereof, acting with manifest partiality, evident bad faith or gross inexcusable negligence.”

The Ombudsman said the Tesda officers also “willfully, unlawfully and criminally give unwarranted benefits, advantage and preference” to the private contractor.

It said the anomalous deal between Tesda and Grand was uncovered by the Commission on Audit (COA).