According to the latest Statement of Assets, Liabilities and Net Worth of President Benigno Aquino III, his net worth grew by P1.8 million.

Copies of Aquino’s 2014 SALN were given to reporters on Monday, showing that his assets were worth P68,311,644 and that he has no liabilities.

Aquino’s personal properties, which include a motor vehicle and cash on hand, totaled to P35, 641,857.

The President receives P120,000 as his monthly salary, being the only government official under Salary Grade 33 of the Salary Standardization Law.

Republic Act No. 6713 or the Code of Conduct and Ethical Standards for Public Officials and Employees states that government officials are mandated to submit declarations under oath of their assets, liabilities, net worth, as well as financial and business interests including those of their spouses and of unmarried children under 18 years of age as of December 31 of the preceding year. 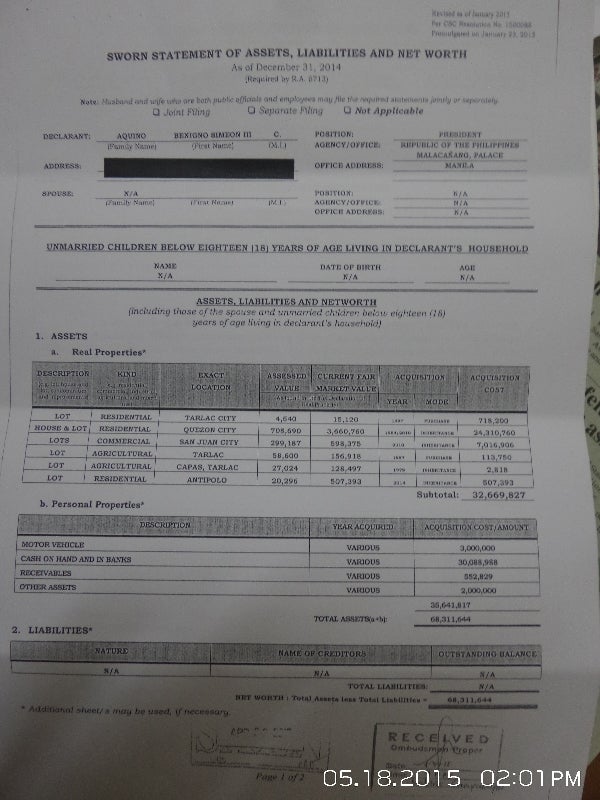 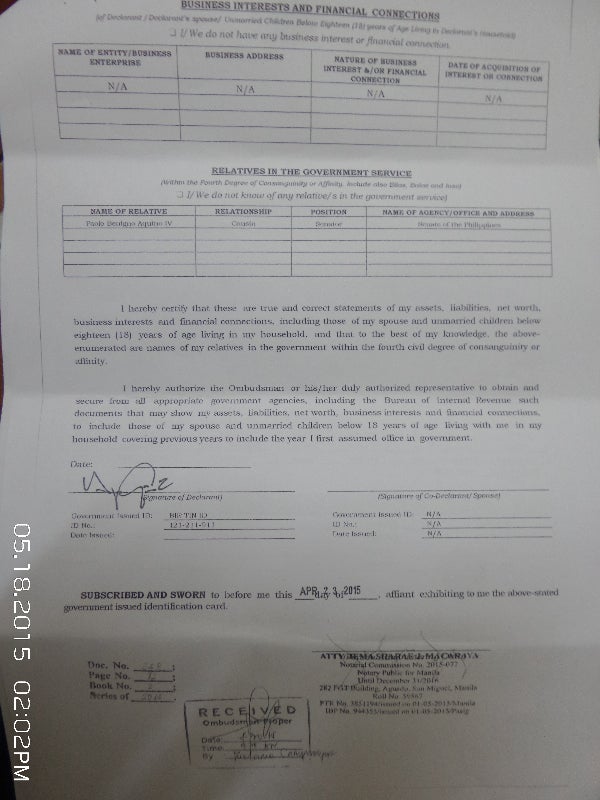