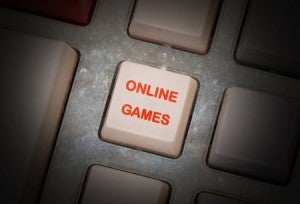 A woman continued playing an online game at an Internet cafe after giving birth to a baby girl there, Guang Ming Daily reported.

She gave birth on the floor of the cybercafe by herself on Monday in Nanchang, China.

The other patrons rushed to check when they heard the newborn’s cries. One patron offered the woman warm water to clean herself but she declined.

Instead, the 24-year-old woman from Shandong insisted on resuming her online game.

Shocked by this, some patrons wrapped the baby with a piece of cloth and called for an ambulance.

According to the woman, she ran away from home after an argument with her family and was supposed to move into her boyfriend’s house.

But she lost her wallet and decided to wait for her boyfriend at the cybercafe.

Her family members and boyfriend rushed to the hospital after hearing the news.