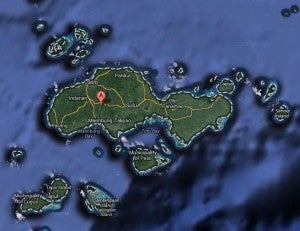 A teacher was released by her Abu Sayyaf abductors in Jolo, Sulu, on Thursday morning.

She was immediately brought to the headquarters of the Armed Forces of the Philippines’ Joint Task Group Sulu (AFP-JTGS) by a concerned citizen for debriefing, documentation and medical checkup, said Col. Alan Arrojado, commander of AFP-JTGS, in a text message to INQUIRER.

She will be transferred to Zamboanga City later today, Arrojado added.

“She was released by her captors because of continued law enforcement operations in Indanan, Parang and Sulu areas,” Arrojado said.

However he added her brother, Russel Bagonoc, 22, remains in the hands of their captors.

The siblings were abducted in Barangay Moalboal in Talusan town, Zamboanga Sibugay province on March 15 this year.

The siblings were on their way to Tuburan Elementary School, an hour’s travel from their residence, Arrojado added.