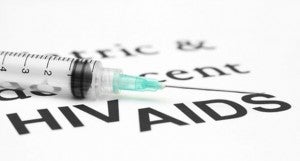 National HIV Testing Week will kick off on Monday afternoon at Quezon Memorial Circle in Quezon City. Two HIV (human immunodeficiency virus) mobile testing vans, one for the Department of Health and one for the Quezon City government, will be unveiled by Health Undersecretary Vicente Belisario Jr., Mayor Herbert Bautista and Vice Mayor Joy Belmonte. Celebrity volunteers will participate in the HIV testing at the mobile vans scheduled at 4:30 p.m. at the Circle. Popular rock band Aegis and other performers will hold a concert afterward. From May 12 to 15, the HIV-AIDS counseling and testing sessions will be conducted at the lobby of Quezon City Hall. Ricardo Diego Villegas