Thai ‘racist’ on way out 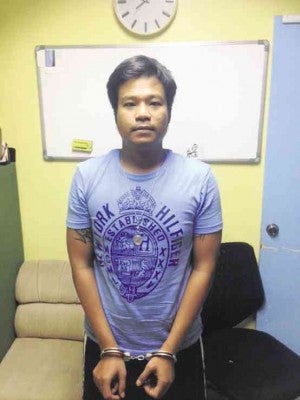 The Thai national who incurred the ire of netizens for calling Filipinos “pignoys,” “low-class slaves” and “wriggling cockroaches” on social media has opted for voluntary deportation.

Prasertsri Kosin, who was also fired on Monday from his job at Cognizant Technology Solutions Philippines Inc., a business process outsourcing company in Taguig City, went to the Bureau of Immigration (BI) yesterday. This was after the bureau issued a deportation charge against him for “undesirability” over his racist remarks on Facebook.

“The subject national, upon receiving the charge sheet from our legal division, surrendered himself to the bureau and opted for voluntary deportation. He was supposedly terminated by his employer and has been receiving threats. He is now quarantined in our warden facility as we procure the necessary orders and clearances to implement the deportation,” Immigration Commissioner Fred Mison said on his Facebook account.

According to BI spokesperson Elaine Tan, a request for voluntary deportation meant that Kosin would no longer contest the charge filed against him.

“It means he’s admitting [it]. This would expedite the proceedings. He would be included in the BI’s blacklist, barring his reentry into the country,” she added.

He added: “I hope Filipinos will allow me to come back in the future. I truly sincere (sic) apologize.”

“While the Philippines respects freedom of expression, we in the bureau cannot tolerate or allow abusive and foul language, especially coming from foreigners, against our own people,” Mison said.

In a statement on its Facebook page, Cognizant said it fired Kosin effective on May 4 for his “contentious remarks on social media,” as it reiterated its commitment to the “highest standards of diversity, inclusivity, transparency and corporate governance.”

In some of his posts on the Asean Community Facebook page and on his Facebook page under the name Koko Narak, Kosin referred to Filipinos as “scums of the Earth” and a “useless race in this world.”

He later posted a letter of apology on the Asean page, saying his comments were meant to be “playful.” With Kristine Felisse Mangunay