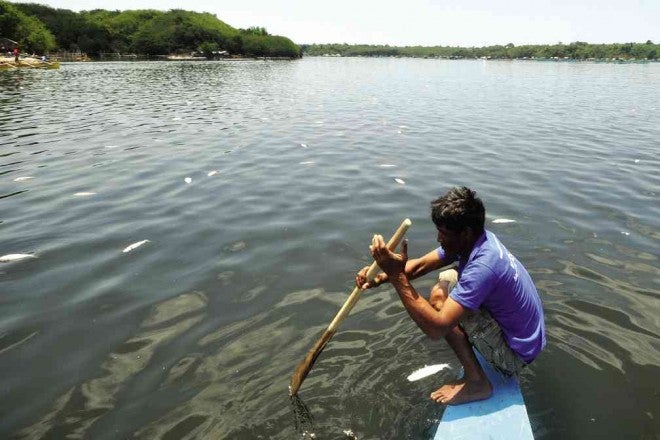 DAGUPAN CITY—Officials in this city are monitoring the entry of “bangus” (milkfish) from aquaculture areas in Anda and Bolinao towns that were hit by fish kill.

On Monday, seven trucks were stopped from unloading their shipment of bangus and were sent back to their origin. It was on that day when fish cage operators seemed to have panicked after water in the Kakiputan Channel, the 7-kilometer stretch of body of water shared by Bolinao and Anda, turned chocolate brown.

“Many operators were forced to harvest their stocks and took them here,” Molina said.

Dagupan is a trading center for bangus where fishpond operators unload their harvests to be sold to wholesalers and retailers from other provinces.

Not all areas in Anda and Bolinao, however, were affected by the fish kill, Molina said. Shipments covered by auxiliary invoices will be accepted, she said.

Auxiliary invoices, which are issued by the municipality where the shipment comes from, certify that the areas where the fish were harvested are safe and that the fish are fit for consumption.

Monitoring teams from the agriculture office are accompanied by a sanitary inspector or a city health officer.

On Sunday, at least five trucks of dead bangus were hauled from the Kakiputan Channel, local officials said.

Nestor Batalla, assistant provincial agriculturist, said about 40 of the 200 cages with at least 40,000 bangus each were wiped out by the fish kill.

Bolinao Mayor Arnold Celeste said the fish kill might have been caused by the sudden downpour on Saturday night. “The day was very hot, and then when it suddenly rained, the water temperature changed, sending the bangus gasping for breath and eventually dying,” he said.

The fish kill started in the waters of Pilar and Salud villages on Saturday. The following day, it spread to Barangay Lucero and other parts of Salud, then to parts of Barangay Luciente 2 on Monday.

On Tuesday, three other villages were hit—Catubig, Tara and Luna.

Westly Rosario, chief of the National Integrated Fisheries Technology Development Center in Dagupan City, said a low dissolved oxygen level was noted in the area last week because of the neap tide, a twice-a-month phenomenon where high tide is at its lowest level, preventing water at the channel to freshen up.

On Wednesday, Rosario said fish in the wild, such as mallet, goby, siganid, groupers and shrimps, were found floating in the channel.

The dissolved oxygen level recorded in the area was less than 1 part per million (ppm), or way below the normal 5 ppm.

In Barangay Siapar in Anda, fish stocks were already gasping, Rosario said. He warned fish growers about another neap tide this weekend.

Pangasinan Rep. Jesus Celeste said the fish kill forced growers to harvest about 500 tons of bangus that they could still sell. But half of the harvest went to waste as ice plants in Bolinao and nearby towns ran out of supply to preserve the fish, he said.

“I thought the fish kill had stopped after it somehow abated on Monday,” he said.

On Tuesday and Wednesday, Molina said shipments of bangus from Anda and Bolinao were allowed to be unloaded, but the fish sizes were smaller than the usual harvest. These weighed 200 to 250 grams each, or four to five pieces a kilogram, and were sold at P40 a kg as on Wednesday.