FPJ didn’t want to be associated with Erap Estrada—Angara 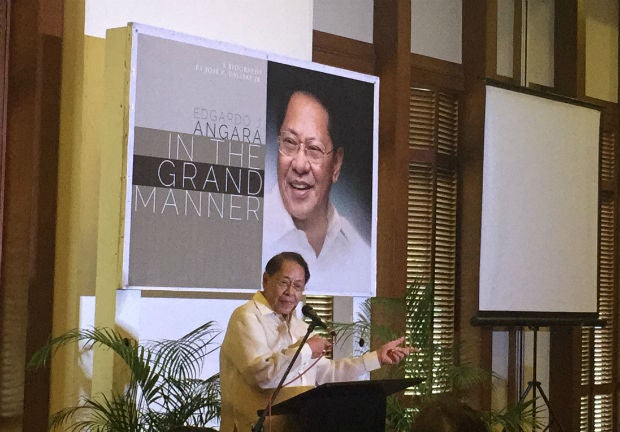 When the late actor Fernando Poe Jr. (FPJ) was deciding whether or not run for president in 2004, he did not want to be associated with his best pal, ousted-President and now-Manila Mayor Joseph Estrada.

Former Senator Edgardo Angara revealed this in his new biography titled: “Edgardo J. Angara: In the grand manner” which was launched at the Manila Polo Club in Makati Wednesday.

Angara said that, at first, Poe did not want to run for president but later gave in after he was pursued by Senator Vicente “Tito” Sotto III.

“FPJ was actually more concerned about his public image than Erap (Estrada’s nickname) ever was. Erap was all out for FPJ, but FPJ privately preferred not to be associated with Erap if he was going to run for president, because he didn’t want the public to think again of the entertainer as a frivolous figure,” the former senator said in the book, written by Jose Dalisay Jr. 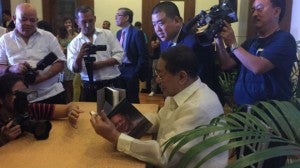 “In fact, he didn’t want any entertainers to be included in our senatorial line up. He had a clear idea of how a public figure should look and behave,” Angara said.

This later became a problem because, he said, Poe was known as “Da King” in show business and “so he behaved royally, disdaining to give interviews to the media and to talk to mayors and politicians, which hampered his campaign.”

Angara said the late actor had developed an aversion to the media because of a “bad experience” with a TV reporter, GMA7 Sandra Aguinaldo, that “almost singlehandedly torpedoed his whole candidacy.”

Angara said he then decided to call a meeting and explained to FPJ that the media were complaining about the lack of access to him, that he had to change his attitude and to win them over, as well as the local officials.

“So he asked what we should do, and I said that we needed to get someone who was media-savvy or accustomed to interacting with media but also someone who could relate to politicians. So we recommended Jojo Binay,” he said, referring to now Vice President Jejomar Binay.

“We made him the general campaign manager. With Jojo, FPJ started to open up. He had a script, and he was used to memorizing scripts so things went more smoothly. Tito had good writers at Eat Bulaga, who helped with the speeches. From then on, we were able to repair our relationship with politicians and the media,” the former senator further said.

Angara is the father of incumbent Senator Sonny Angara.