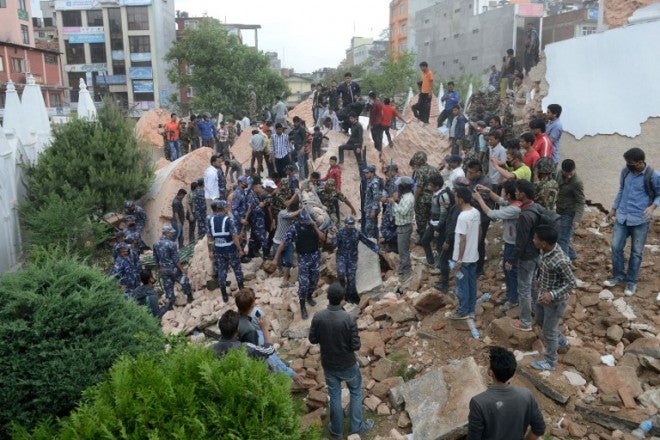 Nepalese rescue members move the body of a victim from the collapsed Darahara Tower in Kathmandu on Saturday. AFP

KATHMANDU–A landmark nine-storey tower collapsed in Kathmandu on Saturday after a massive earthquake hit the Nepalese capital, with several bodies seen at the site of the disaster, witnesses and television footage showed.

Around a dozen bodies were taken away from the ruins of the Dharhara tower in the centre of the capital which sustained massive damage when the 7.9 magnitude quake struck at lunchtime, according to an AFP photographer at the scene.