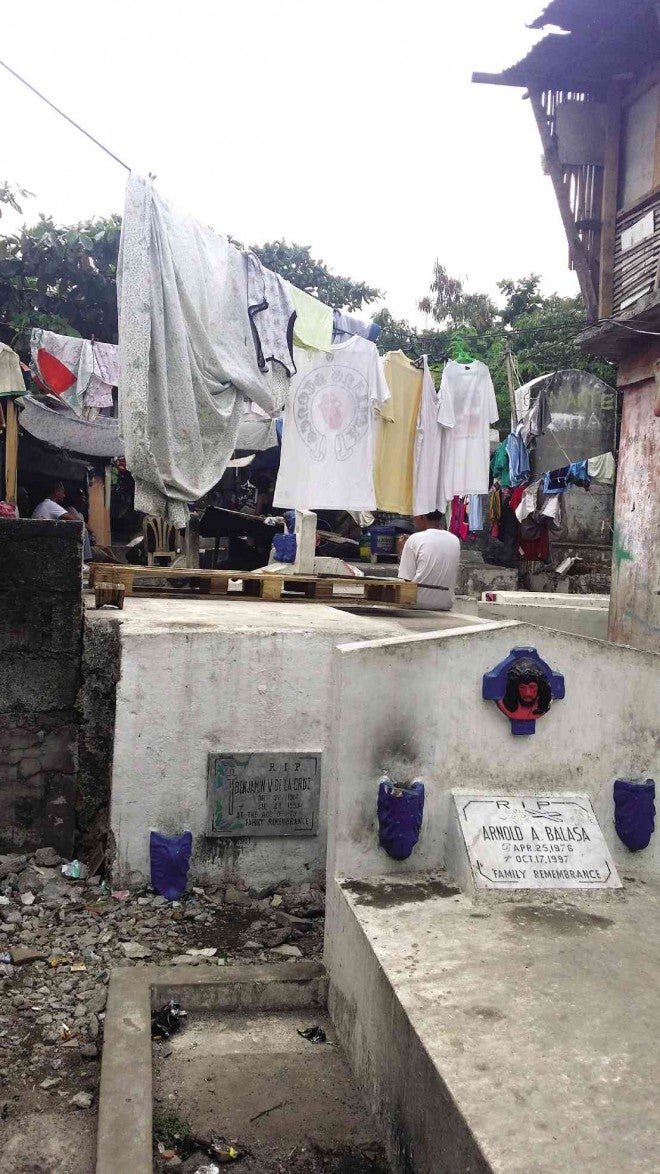 Informal settlers living among the dead at Himlayang Palanyag in Parañaque City will also have to go. KRISTINE FELISSE MANGUNAY

MANILA, Philippines—Up to 1,000 graves may be affected by a project improving a portion of a three-hectare public cemetery in Paranaque City, according to local officials.

Set to start within the year, the redevelopment of an old section of Himlayang Palanyag in Barangay (village) San Dionisio would require the exhumation of some remains. The city government is currently in the process of notifying families who may need to transfer the bones of their deceased loved ones.

Fernando Soriano, the city administrator, said the cemetery—which was set up in the 1950s—may not be able to accommodate new burials within a year’s time if it’s not “decongested” now.

Old graves in an area covering just under a hectare must be moved so that “apartment-type” tombs may be built there instead, added Ernesto Gallasa said, the officer in charge at Himlayan. “So after the development, instead of just 1,000 graves in the old section, there will be space for about 10,000 and it will be more organized.” he added.

Soriano said the city government would strictly follow the guidelines for the exhumation process. Gallasa said public notices about the project had been issued as early as 2013, calling on concerned families to transfer the remains of their loved ones.

So far, however, only around 50 families have responded, according to Gallasa. He also noted that of the estimated 1,000 old graves that need to be moved, only about a hundred have markings.

Soriano said they would also look into the Local Civil Registry and General Services Office for death and burial records that may help in contacting the families. New notices will also be issued through newspapers and posted at public areas around the city.

The development will also involve the relocation of about 100 people who have been living among the dead inside the cemetery. The city government is preparing a new site for them, also within Barangay San Dionisio, Gallasa said.