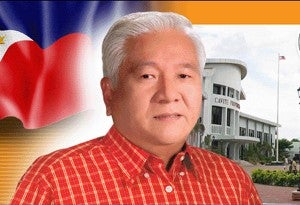 Maliksi spent his first day as PCSO chair meeting the agency’s board members and department heads to familiarize himself with its operations.

He told the Inquirer that he would work on ensuring that the PCSO would “expedite the process, especially for those who are in most need of [medical] assistance.”

Given his background as a former lawmaker and governor, Maliksi said that it is imperative that assistance is given “immediately” to those in need.

Early this year, PCSO assistant general manager for charity Larry Cedro said that there had been an influx of people seeking medical assistance from the agency since the priority development assistance fund, popularly known as the “pork barrel,” was suspended and eventually declared unconstitutional by the Supreme Court.

He added that last year the PCSO assisted more than 50,000 dialysis patients and augmented the hospitalization bills of 80,000 patients. Both sectors were up by 10,000 patients from 2013.

With the PCSO ASAP desk, the agency’s vice chair and general manager, Jose Ferdinand Rojas II, said that patients in need of medical assistance need not go to the agency’s office to process their request.