Aquino renews service vow to ‘bosses’ as his ratings fall 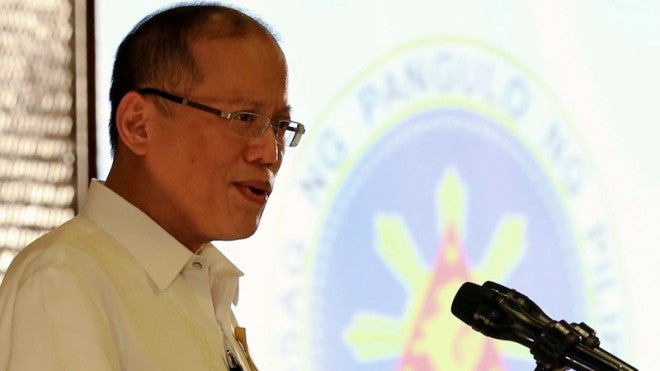 MANILA, Philippines–Malacañang has renewed its pledge to serve its “bosses,” the people, in the remaining 14 months of President Aquino’s term in the wake of the administration’s lowest net satisfaction rating since 2010.

“(W)e need to continually ascertain the sentiments of our bosses,” the Palace said, reacting to the findings of a recent Social Weather Stations (SWS) survey.

The survey found the administration’s net satisfaction rating dropping to a record-low “moderate” +19 percent, a 15-point drop from the “good” +34 rating in December 2014.

The Aquino administration enjoyed a “very good” +64 net satisfaction rating in September 2010, when it was rated for the first time, and a “good” +45 score in March last year.

Satisfaction with the administration was “very good” in 10 out of 19 surveys since 2010. It scored good 7 times and moderate twice.

In a statement, Communications Secretary Herminio Coloma Jr. said the administration was “fully determined to carry on and complete the priority programs in all five pillars of the Philippine Development Plan.”

He said the need to “ensure that reforms will be sustained by strengthened public institutions and tread the righteous path and ensure that good governance becomes the norm at all levels of government.”

Coloma, also head of the Presidential Communications Operations Office, maintained that “gains from the transformation of mind-sets and institutions will be sustained and made permanent.”

In its nationwide poll of 1,200 adults, taken from March 20 to 23, the SWS found that 48 percent were satisfied with the administration’s performance while 29 percent were dissatisfied.

This resulted in a net score (satisfied minus dissatisfied) of +19, down 15 points from +34 (58 percent minus 24 percent) in December last year.

The percentage of those who were neither satisfied nor dissatisfied increased from 17 percent at the end of 2014 to 23 percent in March.

The decline in the rating of the current administration mirrored the fall in Aquino’s net satisfaction rating, which was released earlier this month.

The survey also showed that in the Visayas, the net satisfaction rating stayed “good,” up 3 points from +31 in the previous quarter to +34.

In Metro Manila, the rating stayed unchanged from +21 in December 2014.

On the other hand, net satisfaction in the rest of Luzon went down from “good” to “neutral,” falling to as much as 27 points from +35 to +8.

Among 20 issues, the administration got a “very bad” rating in resolving the Maguindanao massacre, scoring -50.

It scored “poor” in ensuring that no family will ever be hungry (-11) and making sure oil firms do not take advantage of oil prices (-13).

In five issues, it was rated “good”: Helping victims of disasters, +42; helping the poor, +34; promoting the welfare of overseas Filipino workers, +34; protecting the environment, +32; and foreign relations, +30.

The administration received a “moderate” rating in the following issues: Preparing for climate change, +29; defending the country’s territorial rights, +22; telling the truth to the people, +15; restoring peace in Mindanao, +12, and providing jobs, +11.

It got a “neutral” rating in seven issues: Fighting crime, +9; rehabilitation of Mindanao areas hit by conflict, +7; fighting terrorism, +6; eradicating graft and corruption, +2; reconciliation with communist rebels, -3; reconciliation with Muslim rebels, -3 and fighting inflation, -8.–With a report from Ana Roa, Inquirer Research