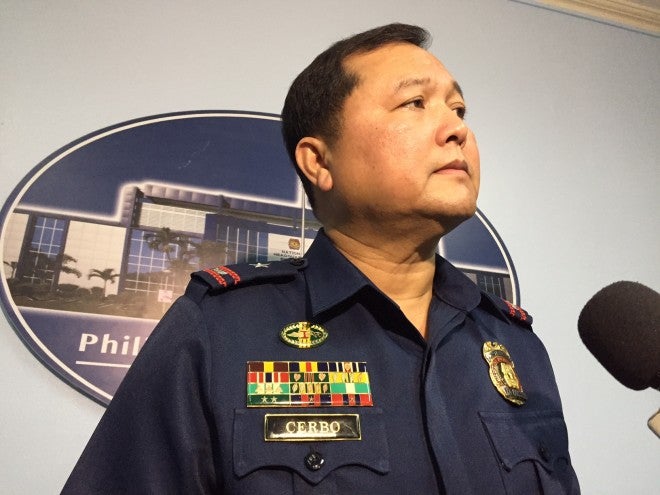 We don’t pay attention to rumors.

The Philippine National Police maintained on Thurday that it has “no official record” of Deputy Director General Leonardo Espina’s resignation as it discredited reports citing unnamed sources that the PNP OIC offered his resignation to President Benigno Aquino III in March.

Several media outlets, including INQUIRER.net, came out with reports quoting high-ranking police officials saying Espina tendered his resignation a month before his promotion as the PNP’s second in command, which took effect on April 14.

Sources said Espina wanted to relinquish his post to allow the President designate an acting PNP chief. Aquino, however, hasn’t given Espina the green light to step down as OIC.

“Sa PNP, maraming balitang ganyan (In the PNP, there are so many news like that), not only about Espina but other officers. Ito ay ‘di pinagtutuunan ng pansin (We don’t pay attention to this)… Kapag may changes ako ‘yung unang makakareceive ng orders transferring, designating… In the know ako sa nangyayari. So ‘yung ugong sa labas, ‘di namin pinagtutuunan ng pansin (I am always in the know of what’s happening. So that noise outside, we don’t give any attention to that),” spokesperson Chief Superintendent Generoso Cerbo Jr. said in an interview.

But Cerbo stressed that if Espina made this a “private matter” with the President, only the three-star general can confirm rumors on the persistent allegations.

He also pointed out that normally, career movements, especially resignations, in the PNP leadership are being “coursed through channels,” including the office he currently heads, the Public Information Office of the PNP.

Asked if he had sought Espina’s side on the matter, Cerbo said the OIC has not responded even to his queries.

“If you would look at it, it’s illogical that he would resign in March and yet Napolcom gave him additional powers. He was even promoted to TDCA from previously TDCO,” Cerbo said.

On Wednesday, Cerbo provided the media a copy of the directorate for personnel and management order promoting Espina as the deputy chief for administration. The spokesperson also said that Espina will be a fulltime TDCA while he stands as the PNP’s OIC.

Espina took over the leadership of the 150,000-strong force in December 2014 when now-resigned PNP chief Director General Alan Purisima was suspended over an allegedly anomalous courier service deal in 2011 to deliver firearms licenses.

Espina has resigned as PNP-OIC—source