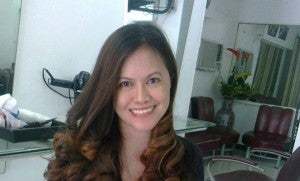 Senate President Pro Tempore Ralph Recto said he is donating P100,000 to a reward  pool that he wants the government to create to ensure the immediate arrest of those behind the killing of a former  journalist in  Batangas City.

“I strongly condemn the murder of Mei Magsino who gave Batangueños an image of what a crusading and courageous journalist should be,” Recto said in a statement on Wednesday.

“As a member of the press, Mei practiced her craft with guts and grit, her prose and insight as sharp as balisong, which she used to peel the falsehoods which hid the truth, and prick the conscience of the people and the ego of the powerful,” he said.

Magsino, a correspondent of the Philippine Daily Inquirer for six years until 2005, was shot dead in Batangas City Monday.

Though Magsino was not affiliated with a media organization at the time of her death, Recto said, this did not prevent her from making social commentaries, and her words sparked the changes she wanted to see in the province she truly loved.

“She died with her boots on, comforting the afflicted and afflicting the comfortable to the end, and it was her desire to search for and speak out the truth which led her enemies to cowardly censor her forever,” the senator said.

Recto then  urged law enforcement authorities to  immediately bring Magsino’s killers to justice  as he also called upon the government to end the impunity by which journalists are killed, saying, “another unsolved murder emboldens the killing of more.”

“Dapat managot at maparusahan ang sinumang nasa likod ng krimeng ito. Hindi na ito dapat mapabilang sa mga kaso ng mamamahayag na namatay sa ngalan ng katotohanan at hindi nabigyan ng katarungan (The ones responsible for this crime should be brought to justice. This case should not be included on the list of crimes committed against journalists who died seeking the truth but failed to get justice),” he further said. IDL