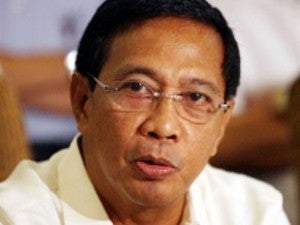 Vice President Jejomar Binay said the killing of Melinda “Mei” Magsino was a “tragedy” not only to her family, but also “to our democracy.”

“Ms. Magsino was a local journalist who also used social media to exercise her freedom of expression and her civic duty. For this she was silenced,” Binay said in a statement on Tuesday.

Magsino, correspondent of the Philippine Daily Inquirer for six years until 2005, was reportedly shot in the head Monday by unidentified armed men in Batangas City.

“There are no words strong enough to convey my disgust with the continued killings of our journalists. The press is a key institution in a democratic society and the protection of all media practitioners is a responsibility of the State and one that should be given priority,” Binay said.

The Vice President then called on the Department of Justice and the Philippine National Police to ensure that those behind the murder of Magsino are swiftly brought to justice.

“The safety of our journalists should always be guaranteed. They should remain free from harassment and acts of violence,” Binay said.

“Mel Magsino feared that she would become just another statistic. Let us make sure that she does not become another grim reminder of the continued culture of impunity in the country,” he further said. IDL

PH third deadliest country for journalists after Iraq and Syria