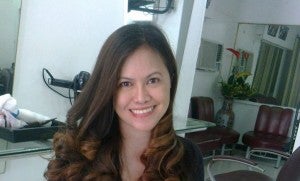 Former Inquirer correspondent Mei Magsino went into hiding in July 2005 after receiving information that at least two prisoners from the provincial jail had been purportedly allowed to escape to carry out a mission to silence her.

Magsino said the informant had told her that the two fugitives were out to kill her when she was to appear at the regional trial court in Batangas City to post bail for an oral defamation case filed against her by then Batangas Gov. Armando Sanchez.

Magsino had earlier been declared “persona non grata” by 15 municipal mayors in Batangas for “allegedly uttering defamatory words and showing disrespect” to Sanchez during an interview, an accusation that Magsino denied.

As a correspondent, Magsino covered corruption and “jueteng” issues in Batangas. About a month before she went into hiding, she was supposed to meet Guillermo Gamo, resident Ombudsman of the Batangas provincial government, who was ambushed and killed on May 30, 2005.

Gamo was supposed to meet Magsino the next day. Among the angles the police looked into was that Gamo was handling a case regarding a supposed P500-million beautification project of the provincial capitol, which was supposedly awarded to a construction firm owned by Sanchez without undergoing public bidding.

Sanchez denied having a hand in the killing and protested reports linking the provincial capitol beautification project with the killing. He also belied allegations that there was a P500-million project that his administration was undertaking.

Letter of her plight

In December 2005, Inquirer columnist Conrado de Quiros published a letter from Magsino, where she detailed her and her family’s plight.

“I was based in Batangas before I and my family were harassed by Gov. Armando Sanchez. I am still in hiding now, far from my family, after I escaped from Sanchez’s goons in Batangas,” Magsino wrote in her letter.

Sanchez died on April 27, 2010, from complications of a stroke he suffered while campaigning in Lipa City. At the time, Sanchez was running to regain governorship under the Nacionalista Party. Days later, his wife, Edna Sanchez, took his place and ran for the position. However, she lost to Batangas Gov. Vilma Santos-Recto.

There were attempts on the lives of other Inquirer correspondents before.

On April 19, 2007, Delfin Mallari Jr. survived an ambush in Lucena City. He was shot by a man on a motorcycle while on the way to radio station dwKI for his 8 a.m. Program “JS Files.” While in the hospital, Mallari said the attack was the handiwork of hit men of a Quezon province politician who wanted to “silence” him.

He initially refused to name the politician, but later disclosed that on March 9, Quezon Rep. Rafael Nantes met with him and told him to stop his critical commentary over his radio program. At the time, Nantes was seeking the governorship of Quezon. Nantes denied offering Mallari any money, saying: “I would not dare offer him money because I know he’s a principled journalist.”

As a Lucena-based correspondent of the Inquirer, Mallari has reported on a range of issues involving the local elections, counterinsurgency, crime, environmental protection, illegal logging, jueteng and drug smuggling.

Maulana said he believed the gunman was after Macabalang, who also wrote for Manila Bulletin and Tempo and had been vocal about illegal logging in Central Mindanao, the Muslim insurgency and other controversial local issues.

On Nov. 12, 2004, former Inquirer photo correspondent Gene Boyd Lumawag was shot dead by an unknown assailant in Jolo, Sulu province. At the time, Lumawag, the photo editor of Davao City-based Mindanews, was reportedly pursuing a corruption story with a colleague.–Inquirer Research