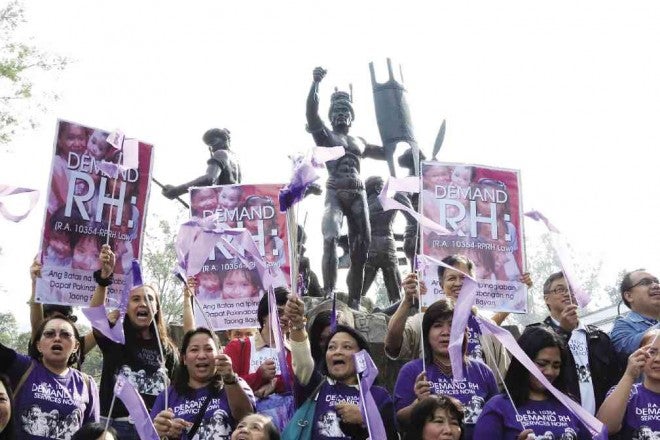 ADVOCATES of reproductive health gathered at Baguio City’s Igorot Park on Tuesday, the eve of the first anniversary of the Supreme Court decision upholding the RH Law as constitutional. EV ESPIRITU/INQUIRER NORTHERN LUZON

BAGUIO CITY—Reproductive health advocates on Wednesday celebrated here the first anniversary of a Supreme Court (SC) ruling that declared the Reproductive Health (RH) Law, or Republic Act No. 10354, as constitutional.

Former Albay Rep. Edcel Lagman, the primary sponsor of the RH Law in the House of Representatives, said the celebration also allowed RH groups to examine the slow implementation of the law, which was enacted in 2012 after 14 years of debate in Congress.

He said a year after the law’s constitutionality was upheld by the Supreme Court, government must proceed with its full implementation and serve marginalized sectors.

He said the government must also speed up the inclusion of an RH curriculum designed for grade school pupils and teenagers.

Lagman was joined during a program held at the People’s Park here by former Akbayan Rep. Riza Hontiveros, social activist Carlos Celdran and groups like the Philippine Legislators’ Committee on Population and Development.